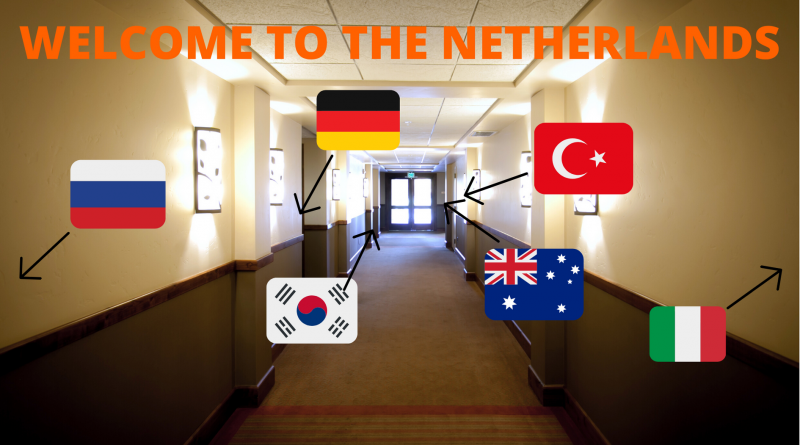 The second semester of the year has been up and running for two months. Many exchange students have come to Groningen to study here for 5 months and experience the city. Most of them have settled in their temporary homes and joined the ESN introduction week before the semester started. These activities are exclusively for internationals, which makes it hard for them to connect with Dutch students.

According to a survey conducted by the three biggest student organizations in the Netherlands, ESN, ISO and LSVB, 75,2% of the international students would like more interaction with Dutch students. They feel that that interaction is a big part of integrating into a culture, even if you are there for a short period of time.

Many exchange students find it difficult to find housing and notice that many student houses don’t take in internationals. 36% of the participants were even denied at least once at an accommodation for being a non-Dutch student. When it comes to finding housing, a lot of internationals end up living in big buildings almost exclusively occupied with foreigners.

Taekyu, an exchange student from South Korea, mentioned living in a building managed by SSH, a housing company. He said that on his floor with 15 residents, no one is Dutch. There are students from Switzerland, Ireland, Germany, Spain, South Korea and many other countries. This gives him the opportunity to mix with people from many countries, but he would like to socialize with Dutch students as well.

Also outside of his building, he has a lot of opportunities to mix with other exchange students on ESN parties and events, but they are mostly attended by international students. ESN organizes workshops to introduce internationals to the Dutch culture, but not to the Dutch.

De Vrije Student (DVS), a student council party who, amongst others, are active at the RUG, wants to help pop that bubble. ‘’International students have the same problems Dutch students have to deal with and on top of that; problems related to visa applications, language barriers and more. ‘’ says Pieter Bas, treasurer of de Vrije student, ‘’We want those students to be more represented in the university council. Right now there are only a few international students, but to create a good representation of students in Groningen, more international students should be involved. We also want council meetings to be held in English so everyone can participate. Right now most of them are in Dutch and afterwards an English summary is released. “

“We want our election lists to be a good representation of the student population so all matters, for Dutch and international students, will be discussed. We would like to motivate international students to sign up for the election list of de Vrije Student. If you want to make a change, we can offer you the platform, and together we can fight for our beliefs and interests.’’

And what could international students do right now to pop that bubble and be more involved in Groninger student life?  ‘’Look around and see what interests you, just send a message to an association or organization that shares your interests and tell them that you are an exchange student and you would be interested in joining them or go to their event,’’ Joris, secretary of DVS, advises. ‘’Many organizations would invite you and show you around because they are interested in you and your culture. ‘’

It isn’t always easy to take that first step. But you will find that in Groningen (as well as anywhere else in the world) taking that first step to connect will lead to many people welcoming you with open arms!