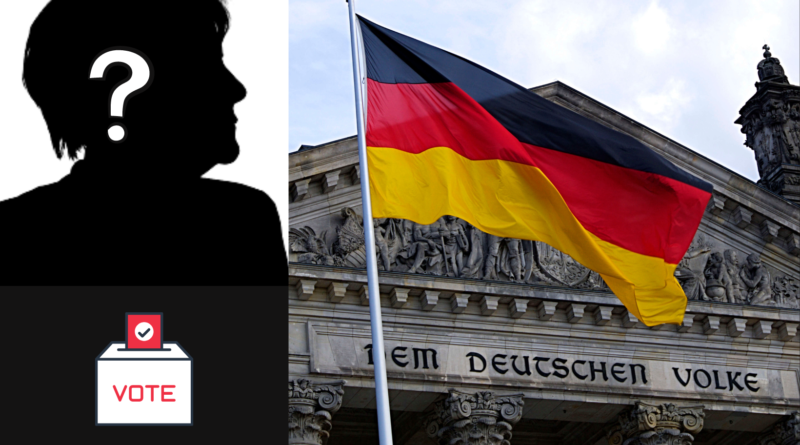 On September 26th Germany will hold its national elections for the German Bundestag (the German parliament). While this event happens every four years, this year’s election can be considered special due to several reasons.

Most importantly, current chancellor Angela Merkel will not run for office anymore. This means that after 16 years of her governance, Germany will have a new chancellor who will have a huge influence on not only Germany’s development, but the rest of the European Union too.  Merkel has certainly shaped the Germany and EU of today. The so-called “Generation Merkel” (Teenagers born in 2000 or after) only knows the country governed by the first female chancellor Germany ever had. However, it is still unclear who will be her successor since the race towards chancellorship is closer than ever before.

There is a second peculiarity about this year’s election: While normally only the two biggest parties, the Social Democratic Party (SPD) and the Christian-Democratic Union (CDU) nominate chancellor candidates, this year the Green Party (Bündnis90/Die Grünen) did so as well, for the very first time. Hence, this year is the first time ever that three candidates compete for chancellorship – but who are those candidates, since Merkel is not participating anymore?

Merkel’s party, the CDU, is running for office with their Chairman and Minister-President of North Rhine-Westphalia, Armin Laschet (60). He is a strong Catholic and often described as not being a stereotypical politician.

Laschet has been a delegate to the German and the European Parliament, as well as a Minister for Integration in North Rhine-Westphalia before surprisingly winning the federal election there to become minister-president. Not only was this rather a surprise, but so was his election as CDU chairman as well as his chancellor candidate nomination. Hence, Laschet is a politician that is often underestimated – mostly because he appears to be friendly, humorous, and home-loving. However, visible by his previous successes, he is also capable of winning elections and open to surprises.[1]

A political scientist cited in the New York Times claims that “[Laschet’s] biggest problem[…] is that he has not been able to convince voters that he can do the job like Merkel.” This was especially visible during the flood that heavily affected some parts of Germany this summer. Laschet was caught laughing, while president Steinmeier gave a speech mourning the people who were killed by the floods.

Actions like these increase uncertain and unprofessional impressions.[2] This belief is fortified by his occasional off-handedness in dealing with problems. For example, when he taught at a university and exams were lost, he made up grades according to his memory – which led to the grading of students who did not even take the exam. Moreover, Laschet has been repeatedly criticized for contradicting himself or lying.

Besides that, people also criticize some of his personal ties. First, there is his close alignment with very conservative Catholics (e.g. people against abortion). Secondly, his failure to disassociate himself from a right-wing politician of his party is highly controversial as well. [3]

All in all, looking at his experience, Laschet is a suitable candidate for chancellorship. Nevertheless, many of his past unprofessional performances make people doubt whether he is the right candidate for being chancellor. This has been reflected by his steadily declining popularity among voters. If the chancellor was elected directly, they would rather vote for someone else, even though they generally favour the CDU party.

When the SPD as early as August 2020 declared that Olaf Scholz (63), current Vice-Chancellor and Minister for Finance, will be their chancellor candidate, the public reacted with lots of sneering.

While the party has been popular in the past, its popularity has been steadily declining since 2005. In 2020, with only 15% in polls, chances of providing the chancellor seemed rather unrealistic.[4] However, things changed rapidly this summer and Scholz and his party are enjoying increasing popularity.

Before becoming Minister of Finance and Vice-Chancellor, he already gained experience as the first major of Hamburg and as Germany’s Minister for Labour. He also had several positions as a representative in the parliament and within the SPD. In Hamburg, Scholz led projects dampening the housing crisis in the city, and in times of Corona, Scholz set up financial aid packages. While it seems that he is good with managing crises, there were also instances where Scholz did not perform that well.

When the G20 summit took place in Hamburg, his government did not anticipate the radical protests happening all over the city. This lead to enormous destruction and chaos. Furthermore, as Minister of Finance, Scholz was involved in two enormous financial scandals (Cumex and Wirecard). In both cases, the Ministry of Finance stated that it did not know about the matter until they became public. There are still investigations going on if the ministry has known or anticipated this before. This would be detrimental for Scholz’s credibility. However, currently the public does not seem to mind.[5]

Considering his experience, Scholz is a suitable candidate for chancellorship. While his party’s approval ratings have been rather low in the past, Scholz has been able to enjoy growing popularity. This has been mainly attributed to due mistakes of other candidates, but also to his proximity to Merkel and their similar ways of acting.

If the German population elected the chancellor candidate directly, Scholz would be the clear winner of the three. However, people do not vote for the chancellor directly, but only for their party. Hence, it will be exciting to see if people trust the SPD as much as they trust Olaf Scholz.

By far the youngest and the only female candidate running for chancellorship is from the Green Party. They are running for office with their chairwoman Annalena Baerbock (40).

While the proclamation of the CDU chancellor candidate was a constant back and forth between Laschet and another candidate, the Green party impressed by professionally revealing their candidate at a fixed date.

Despite their already high levels of approval, the Green party’s ratings increased constantly following Baerbock’s nomination. At some point polls even suggested that they would become the strongest power in government.

Why Baerbock’s approval rates have been declining

However, the high approval rates– partially caused by enthusiasm about a female, green chancellor, dropped again due to some severe mistakes in the party’s campaigning and the revelation of inaccuracies in Baerbock’s CV. Many people accused Baerbock of pretending to be someone that she is not. Furthermore, Baerbock, opposed to the other two candidates, does not have any government experience. Thus, her critics argue that she is too young and inexperienced to lead Germany.[6]

On the other side, people value that she, in contrast to her competitors, puts a lot of emphasis on sustainability and climate change. Hence, she is the only of the three candidates where real change rather than continuity is attainable. She is also the only candidate with children still attending school. Therefore, she could be considered the most up-to-date regarding educational issues.

Last, but not least, Baerbock participated in the coalition negotiations of 2017 where she put forward a positive impression. This is also underscored in her work as chairwoman of the Green Party. Whereas at the beginning of her term Baerbock stood in the shadow of her colleague Habeck, she convinced people that she was more than the woman next to him, but also a person able of leading.

Although not as experienced as her opponents, Baerbock is still a suitable candidate for chancellorship. With her core topics centralised around climate change and the younger generation, she would bring some fresh air into German and European politics. Nevertheless, with her approval ratings stagnating a week before the elections, Baerbock’s chances for becoming the chancellor are rather low. Still, while they may not able to lead the government, it is almost certain that the Green Party will be involved in the government.

Own prediction – who is going to make it?

Looking at the most recent polls, it is difficult to make a prediction who will win the election in the end. Despite the slow campaigning, polls have changed erratically during the last months which was often due to scandals or mistakes by the different candidates. The candidate least affected by that was Scholz, who could benefit from his opponents’ missteps. Especially the population’s dislike of Laschet, plus Scholz’s position as Vice-Chancellor, symbolizing the continuity of Merkel, strengthen his position.

Thus, while a lot can still happen, I believe that Scholz is making the race toward chancellorship. Contrary to his closest opponent Laschet, Scholz has more options for a coalition for government. He has not yet ruled out governing together with the Green and Left party, nor with the CDU or the liberal FDP. Yet, the following months will surely be exciting. While there will be an election result in the last week of September, it could still be that we do not know who the new chancellor is until the coalition is established.