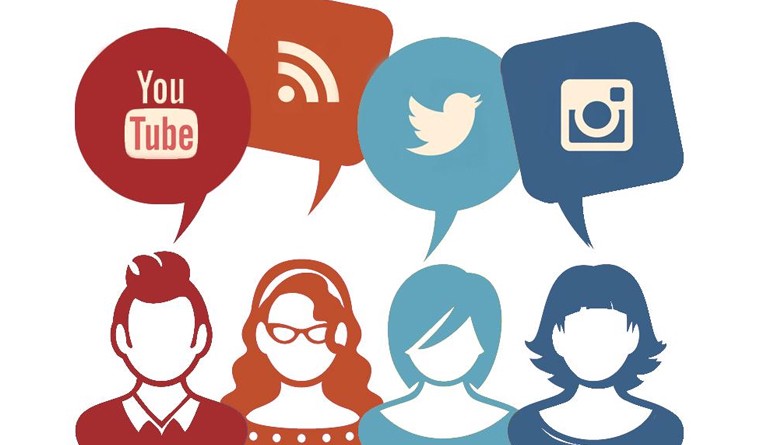 Social influencers. If you are familiar with social media platforms like Instagram and Facebook, you have undoubtedly seen this term before. Sometimes they annoy me, sometimes they amaze me and sometimes it seems like 100 new accounts are added every day. Because let’s be honest, when you are scrolling through your Instagram timeline for the fifth time during your study session, the bigger part of the content is dominated by them.

Take for example the Dutch social influencer Famke Louise. About a month ago she posted a message on Instagram, saying that she was no longer contributing to the measurements that the Dutch government has set up against the coronavirus. This post was shared among many people and even appeared in the national news. While many people did not agree with Famke Louise, there are people that actually believe that what Famke Louise is saying, is true. Seeing this effect, you might say that they are not called social influencers for nothing.

There are many definitions on what a social influencer exactly is. For this article, I will use the definition of the Digital Marketing Institute: “A social influencer is a user who has established credibility in a specific industry, has access to a huge audience and can persuade others to act based on their recommendations.” Looking at this definition, we could state that a social influencer has a relatively big impact on their followers. The question that is floating in my head is therefore: What is the effect on the audience here? Is this something positive or does it have negative effects? Let’s dive into the world of Instagram to answer this question.

Arjen Lubach already spoke about it. Although in a different context, it is still applicable to social influencers in my opinion. In his broadcast of Zondag Met Lubach on 18-10-1010, Lubach spoke about algorithms that platforms such as Youtube and Twitter use. The idea here is that when for instance you search for funny dog videos, every time you open Youtube, you will get overwhelmed with more of them. The thing you watch for a while or search for more often through these channels ensures that you get to see more of the same material.

In the case of funny dog video’s, this not really a bad thing. However, this algorithm is not only used by Youtube, but also by Instagram and other social media platforms. For example, the social influencer Rianne Meijer. I have been following her for a while and I think that her content is funny and realistic. I believe it is content that aims to get as close to reality as possible. Thereafter I am surprised by the amount of other social influencer accounts that appear on my timeline where this is not the case. Women and girls telling me what I have to eat to lose weight, what kind of clothes I have to wear to look pretty, and things that just don’t seem right. Now, personally I am not that sensitive for this kind of content, but think about a 12-year old girl who’s just starting high school and what kind of effect this content may have on them.

In addition, I would like to briefly comment on the marketing strategy behind social influencers. Very often you see a social influencer placing a certain product on a pedestal via their account. Naturally they get paid to do this and as far as I’m concerned it is legal to do so. Yet I think that the kind of product offered is not always something wished for, nor does it have the desired effect on the person looking at these messages. It is completely different content than an advertisement on television. One after the other, discount codes for some kind of clothing, sports, or make-up brand are being thrown out there. The social influencers creating this advertisements are free to do so, but the point is that this can have much influence on the followers. Not only for the purchase of the product, but also what having the product would mean for a follower.

Don’t get me wrong, these days there are a lot more social influencers who do not share untruths and want to focus on counteracting these accounts. In this aspect, I do not think there is a solution, or that there has to be one. Here it is about maintaining your attention. Not only Instagram, but also social influencers take part in this. The easiest way to make sure that you will not encounter these two parties is by simply deleting all the social media applications from your phone.