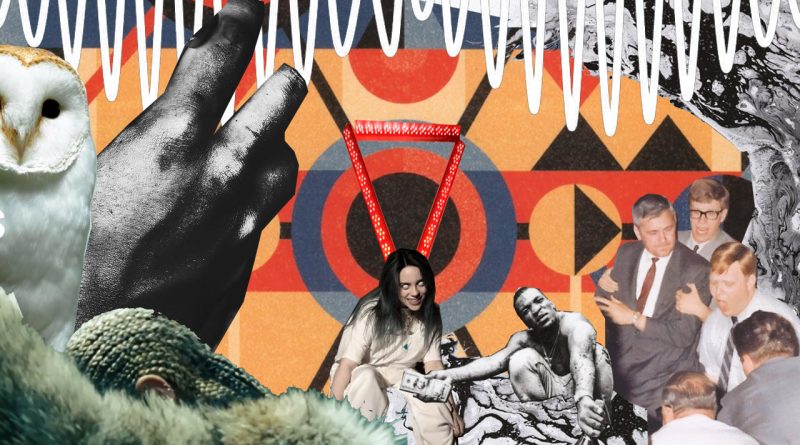 As this year is drawing to an end, so is a decade of records that have pushed the envelope of genre and creative boundaries. Independent of style and in no particular order, here is a list of what I think are the ten best records of the decade.

Make no mistake: once you fully understand the appeal and aesthetic of Chino Moreno’s voice, you’ll be into Deftones for a lifetime. This record marks the first to be released after the death of former bassist Chi Cheng. Yet, it is a strong return to form: Slowburners, such as the title track or even the trippy composition of You’ve Seen The Butcher, add to the band’s catalogue of mesmerizing music and set a high benchmark for the band’s future.

Flirting with saxophones and free jazz, an intense vocal delivery and a multitude of perfectly executed feature appearances, Kendrick Lamar’s To Pimp A Butterfly is a record that strays far away from mainstream songwriting. Nevertheless, the 79-minute record never seems lengthy with a narrative that is both as engaging as it is thought-provoking.

With Brexit now actually seeming to happen, looking back at this politically charged record offers a glimpse of hope for the future. Over eleven tracks, the British quartet manages to showcase any facet imaginable, from over-the-top ragers such as Gandhi Mate, Gandhi to the tear jerking closer Constellations. For those willing to explore heavy music without boundaries, this is your go to record.

Six years ago, the Dutch quintet around Torre Florim seemed to have pulled the ace out of their sleeves: Witch Doctor is still praised as the band’s most successful song to date, and evokes the greatest circle pit madness you could imagine. Despite the extraordinary recent record Bubble Gum, fan favorite I_Con is the unrivalled icebreaker for De Staat’s music due to its eccentric, hit-packed tracklist.

It felt like a return to a more pensive project when Radiohead released what seemed to be closer to OK Computer than anything else. But hidden underneath the shimmering beauty of the instrumentals on the latest Radiohead album, Thom Yorke’s dark lyrics secretly underpin the experience like a panic attack waiting to happen.

Another Sex Pistols knockoff? Not really. Idles are one of the UK’s most promising punk acts, and the sheer energy that Joy As An Act Of Resistance brings to the table seems impossible to match. From socio-political anthems such as Danny Nedelko to a firm stance against gender stereotypes (Samaritans), Idles have delivered what could be referred to as a perfect punk record.

Let’s face it: If you have ever caught yourself singing Bad Guy and enjoyed it, this is a first sign of why Billie Eilish’s first full length is so impressive. Produced by her own brother Finneas, it marries whispered vocal melodies with moments of grandeur, and is packed with stunning single after single while doing so.

Pennsylvania’s prime soldiers of modern hardcore blew the lid off of what the genre was capable of with their sophomore full-length LP, Forever. Fans of heavy music can’t deny the mind-shattering, brutal impact this record has on one’s perception of heaviness. This record is a swift blow to the head that demonstrates that Code Orange are here to stay.

It came as a shock to fans when the boys from Sheffield took a turn for more sleek, smarter Indie Rock. But to the dismay of some critics, AM was the record that gave the Arctic Monkeys global attention and prepared them for the bigger stages. The polished swagger of R U Mine? will be stuck in your head for ages, and Do I Wanna Know? Is arguably one of the sexiest tracks out there. Yes, I am yours.

Relationships aren’t always about love, peace and harmony. In her strongest work to date, Beyoncé details her marital strife with long-term husband Jay-Z in what can only be called a cathartic listen. Veering away from an “all-singles” marketing approach, Lemonade’s compelling narrative makes it a bristling pop record nothing short of captivating.