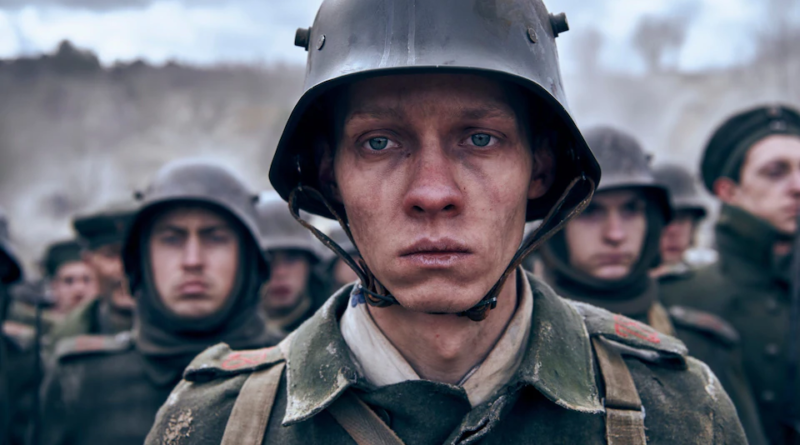 Many authors have attempted to write about war; some have failed, while others have done a fantastic job. However, there is one book that was banned shortly after its release in various countries, because it portrays the horrors of war so accurately, it has deterred individuals from enlisting in the military. The anti-war novel “All Quiet on the Western Front” is about a World War I battlefront that ran from the North Sea to the Swiss border. It is about young boys, some of whom have not finished high school yet at the frontline. It is about the home to millions of soldiers from all over the world and about some of the most horrific battles in the whole conflict.

Erich Maria Remarque was a German author who was born in Osnabrück on the 22nd June 1898. Paul, which was his real name, went to a Catholic primary school, after which he attended a school for teachers until the moment he got withdrawn to the German army.

World War I had a crucial impact on Remarque’s development as a novelist, moreover, most of his works are based on personal experience. He and his classmates were sent to the western front in Belgium, where he stayed before 1917 – a  time when Remarque was wounded. He was drafted for the military in 1918 again, before the new German government surrendered the fight by signing The treaty of Versailles. What he saw during his time spent at the front – pointless violence and the death of his close friends – had a great impact on him and inspired Remarque to write “All Quiet on the Western Front”.

“I am young, I am twenty years old; yet I know nothing of life but despair, death, fear, and fatuous superficiality cast over an abyss of sorrow”

With the novel “All Quiet on the Western Front” (Im Westen nichts Neues) he reached his greatest and longest success. It is a graphic description of the brutality of the war that was depicted through the eyes of a young soldier named Paul Baumer. He is a 20-year-old man from a small German village, that, together with his friends, was convinced by their rhetoric teacher, Mr. Kantorek, to join the German army. Boys were assured they would become true heroes.

Before the war, Paul loved writing plays and poetry, he lived a simple and ordinary life. However, his mindset and personality were drastically changed after his experience in WWI. Remarque used his real name for the protagonist to speak his mind and to share with the reader his true feelings regarding war.

Some of the events in the book are so incredibly detailed and realistic that the reader becomes one with the main character. Remarque writes about destruction, death, despair, and inhumanity. However, the narrative flow stays monotonous and detached. That must be another successful attempt of the author to connect us with the character and show that the soldier has no other choice but to desensitize from his human self to simply survive.

What Remarque always tries to remind us of in his books is that life stops after the war. He describes these boys, who went to war full of bright life and hope and returned dehumanized, with soulless eyes and an understanding that their beliefs were just a mirage. It is a depiction of permanent damage done to those who fought in the war. They are forgotten, they are not heroes, and they are no longer needed.

In 1929 the book sold almost one million copies, which made it a bestseller at that time. The same year, Hollywood producer Carl Laemmle decided to film a movie based on the events described in the book. After its publication, the movie won Academy Awards for Best Picture and Best Director, and audiences from many countries reacted positively to the movie.

However, right after publication, the film faced difficulties in Germany. The German Minister of Defense made it clear that the movie would not be shown since it damages the country’s image and shows the German military in a bad light. In 1930, cuts of the movie were presented to the Berlin audience. Nevertheless, the party leader and propaganda chief organized a violent riot to disturb the premiere. More violent protests were carried out by Nazi supporters in the future, which made the government ban the movie.

“Against literary betrayal of the soldiers of the World War, for the education of the people in the spirit of truthfulness! I surrender to the flames the writings of Erich Maria Remarque.”

In 1933, Remarque was forced to leave his motherland and move to Switzerland. Several months later, in Berlin pro-Nazi students gathered on the Opernplatz to burn books, which were against their ideology. This included works of Remarque as well. Eventually, German police removed his novels from bookstores, libraries, and universities.

In 1938, Remarque’s German citizenship was taken by the Nazi government and he became a traitor of Germany. However, Remarque was not forgotten – Edward Berger has directed another movie based on “All Quiet on the Western Front”, which will debut on the 28th of October on Netflix.

I never liked reading books about war and did not do it simply because they seemed boring and mentally hard to read. But that was before I found “All Quiet on the Western Front” at my grandma’s house. Before I even finished the first ten pages, I knew Remarque would become one of my favorite writers and more of his books will be on my shelf.

The way he writes makes you understand the reality in which people several decades ago needed to live and teaches on his bitter experience why war is never for the good cause. Some people hear Remarque, and some people, sadly, ignore. However, you become one with the main protagonists and all that you feel is helplessness. You feel sorry for the character when he loses his friends, but the only thing you can do is keep reading further to absorb the pain, to feel heartbroken as well.

“All Quiet on the Western Front” is a book that could trigger many thoughts about life and death, patriotism, being human, and the pointlessness of war. Remarque wrote a book that should be widely read. The unfortunate thing is that this novel is still relevant, even now, in the 21st century, simply because human beings can never change.