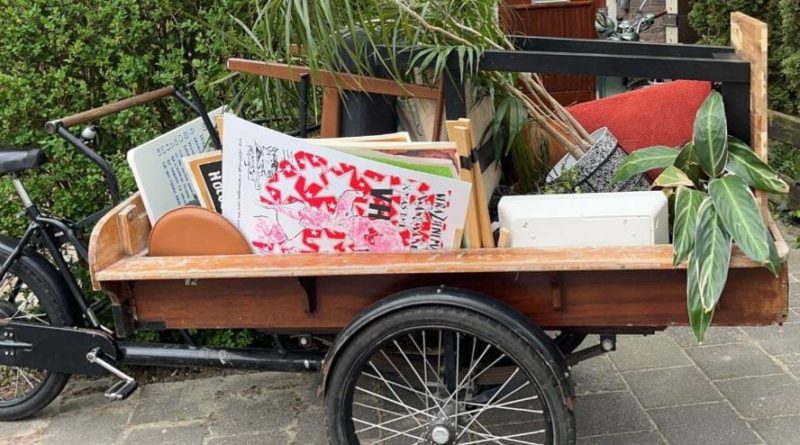 And why you should consider doing the same

Few things are as typically Dutch as gathering all your stuff and moving it around town on a cargo bike. And even though I hate to be a cliché, I found myself doing just that a few days ago. Though it has been a few heavy rides, the experience was definitely worth it. In this Ted Talk, I will take you with me on my (rented) Cargo bike through Groningen. Do not fret, I will bike you past de Hoek for an Eierbal to make sure the experience is unforgettable. And in the process, you’ll be sure to realize the value that lies in doing things the hard way.

Student life is full of questionable yet unforgettable decisions and experiences, and this surely has been one of them! Last week, I finally found a relatively affordable place to live. The only catch was the fact that I had to move within two weeks, and I don’t have a driver’s license. With my parents fully fed up with my shit, I realized that I would have to take matters into my own hands if I wanted to move my stuff around town. And so, on an early Tuesday morning, I rented myself a cargo bike at the Stadswerkplaats, ready to face permanent muscle acidification in my legs.

But all jokes aside, while gathering all my stuff and moving it around town on that bike I found myself proud and happy, realizing that I could move most of my stuff by myself. In doing so, I found newfound independence at 24 years old! I realized that that one decision on an early Tuesday morning allowed me to transform a potentially stressful experience into an unforgettable story, ready to be shared. And the moral of this story certainly is that lots of things are possible when doing stuff independently. Moving your stuff around town is one of those things, even if it is a risky choice.

One of the worst things about moving places is the time it takes to drive the car between your old and new places. This is all the worse in a city notorious for ongoing roadworks, caused by endless gas drilling (thanks VVD). As anyone living in proximity of Groningen has experienced, Operatie Julianaplein is in full motion. And believe me, that is about the only thing in motion on the Groninger Westring. Imagine the frustration of having to wait continuously while stuck in a car filled with regrettable purchases? I would rather risk all my stuff falling out of a janky cargo bike, and so I did.

Take my word on this one; moving your entire inventory on that Cargo bike quickly makes you realize the amount of fuel it takes to move stuff around. Plus, while I was running on bapao sandwiches and Dors beer, a car would have needed quite a bit of gasoline to do the same. In this sense, my technologically primitive trek allowed me to not feel bad about damaging the environment. Meanwhile, this move (pun intended) proved me with a good workout, which definitely does the body good. So, if you are still trying to be a skinny legend this Summer, be sure to get a cargo bike and move your shit!

Do you know what the shitty thing is about most cars? They have a roof! Consequently, there is little wiggle room when it comes time to move the 30 oversized plants that you bought impulsively at Dille en Kamille. Cargo bikes incidentally do not have roofs, and while that sucks when facing the Dutch monsoon winds, it allows you to jam a bunch of stuff on that bike. Believe me, the cargo bike feels like Mary Poppins’ bag; infinite. Unfortunately, you will quickly realize that there are limits to what you can transport, especially when reaching the expiration date of your leg muscles. Even so, when biking past all the Groninger traffic lights, you will be happy about being able to take a break from overstepping your boundaries. You may feel like you’re walking on jelly, but at least you didn’t skip leg day.

The best part of this experience surely is the sheer amount of confused faces you will pass by. From international students to local oma’s, people will act surprised when noticing the sheer amount of stuff that fits on that bike. It is a fun game, interpreting what they are thinking at that exact moment. Is it them noticing that your hair is on fleek? Probably not. The fact that half your stuff is about to fall off the bike? Perhaps. Worries about impaling someone’s child with a curtain rail? Definitely. And so, while it feels like forever since you left your old place, you will have plenty of food for thought. All the better is the fact that other traffic users are so confused by your antics that they will give you the right of way at all times. Using a cargo bike is the perfect moment to abuse your power as a threat to everyone on the road and terrorize the innocent citizens of Groningen.

All considered, moving my stuff on a cargo bike has been an unforgettable experience. While doing so, I found myself facing a bunch of realizations, one of which being that more people need to know about the joys of challenging yourself like this. So, if you ever find yourself moving out of your old place, or needing new furniture from Marktplaats, consider the cargo bike! Ikea offers a cargo bike rental service when you purchase their furniture, and Stadswerkplaats allows you to rent a cargo bike for €18,- per part of the day. Perhaps you will find yourself as amazed as I was at all the possibilities!

Heya! I'm Teun, 23, and an MA student in International Relations and International Organization. As you can imagine, one would need some relaxation next to a study that delves deeper into the mess that is international politics. And so, I come to you with articles about everything that pops up in my mind! So, if you are interested in current topics relating to politics, student culture, regional culture, and of course all other facets of the life of an adolescent in Groningen, make sure to read up on everything that is to be posted.