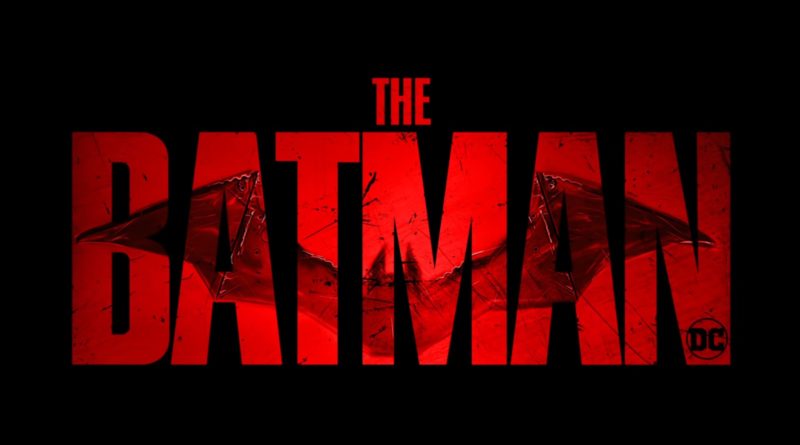 In an oversaturated superhero movie landscape, The Batman (2022) surprises audiences by drawing more than ever before on its comic book counterpart. Robert Pattinson’s performance sees him switching between a depressed, brooding introvert as Bruce Wayne, and an imposing, brutal fearmonger as the Batman. He faces off with Paul Dano’s zodiac-killer inspired take on the Riddler, who vows to rid Gotham of its corrupt elite, leaving demented puzzles for Batman to solve. The movie’s on its way to cracking $1 billion at the box office and is adored by audiences and critics. Some have criticised it for its extensive runtime, lack of MCU-whimsy, and gloomy portrayal of its protagonist. But believe me, there are plenty of reasons to watch The Batman!

Batman first appeared in Detective Comics #27 in 1939 and has since become one of the most popular figures in pop culture history. The character has a considerable multimedia lineage spanning comics, movies, television, games, and more. It spawned an endless list of adaptations, many of which have delighted me throughout both my youth and adulthood. The Batman: Arkham video games, The Killing Joke (1988) graphic novel, Batman: The Animated Series (1992-1995), Batman Returns (1992), and The Dark Knight (2008) all have a special place in my heart. Thus, I was incredibly hyped for DC’s latest Batman-outing, especially after a series of great trailers.

The Matt Reeves-directed The Batman follows Bruce Wayne during his second year as the masked vigilante. He has become the embodiment of vengeance, characteristically operating from the shadows and striking fear into the hearts of Gotham’s criminals. This Batman is still very much struggling with the death of his parents and how to be most effective as his newly found alter-ego. Set around Halloween, Batman encounters a sadistic serial killer called the Riddler who targets various Gotham officials, accusing them of city-wide corruption. With the aid of inspector Jim Gordon (Jeffrey Wright) and Selina Kyle (Zoë Kravitz), Batman investigates and attempts to solve the riddles left behind at the crime scenes, slowly unravelling Gotham’s hidden secrets.

How does The Batman stack up against its predecessors? It’s a fantastic film. Is it the greatest movie I’ve ever seen? No. Is it the greatest Batman movie ever made? Maybe not. But it’s most certainly the most Batman movie ever. Previous entries have been amazing, but none have reminded me of the comic books, video games, and animated shows as much as this one. Its grounded story takes great inspiration from comics like Batman: The Long Halloween and Batman: Year One, with a similar feel to the Batman: Arkham City (2011) video game. It also justifies Batman’s title of being the world’s greatest detective, whereas previous iterations have not quite scratched that itch for me. He’s a savage yet intelligent Dark Knight, jumping from delivering brutal beatdowns to cracking perplexing riddles.

The portrayal of Bruce Wayne is a breath of fresh air, leaving behind the “playboy, billionaire, philanthropist by day, merciless vigilante by night” shtick. Here, he’s the physical embodiment of grunge music, an unsociable and miserable outcast that’s bringing emo back into the mainstream. Considering the impressive pantheon of live-action Batmen, Robert Pattinson seemed an unlikely choice. And yet, the Twilight (2008) star-turned-indie-darling now dons the iconic cape and cowl. Although Clooney and Kilmer’s performances as Batman have been subjected to criticism, the majority of Pattinson’s scrutiny bubbled up before the movie had even come out. This was paired with the disappointment felt by many after seeing Ben Affleck leave the role without even one solo movie.

The Batman definitely proves the sceptics wrong. Pattinson is a perfect fit as both a reclusive Bruce Wayne and an unrelenting Batman. To counteract the stoic nature of his portrayal, the movie provides us with introspective narration that details “Battinson’s” thoughts, a note taken directly from Batman: Year One. ‘R-bats’ is believably beastly in the fight scenes, showcasing a powerful but less skilful Batman not yet in his prime. If you told anyone in 2012 that one day Kristin Stewart would be nominated for best actress and Robert Pattinson would be Batman, you’d have been mocked. But Pattinson, affectionately known by the Mr. Sunday Movies fandom as “Robbat Battinbat”, is the real deal. And he’s matched by an incredibly solid supporting cast.

Although faithful to the comics in many ways, the movie takes some much-needed creative liberties with a few characters. The Riddler is traditionally a campy puzzle master dressed in all green, which is replaced here by an obsessive serial killer more akin to Internet extremists. He’s at times genuinely horrifying and always one step ahead of the caped crusader. But it occasionally feels like Dano is attempting to recreate some of the zaniness and chaotic perfection of Heath Ledger’s Joker, which comes off more as a pale imitation rather than inspired performance. Another highlight is Wright’s Jim Gordon, which might be my favourite iteration of the character to date. It hits the nail on the head with its portrayal of the professional yet fun dynamic between him and Batman.

Zoë Kravitz is our new Selina Kyle (Catwoman) and she does a magnificent job as the seductive, femme fatale, cat burglar. But the chemistry between her and Pattinson is somewhat lacking. However, in the same way that people criticise Pattinson’s Bruce Wayne for being one-note melancholy, this is only the first movie in the franchise and it sets the stage for future developments. Andy Serkis and John Turturro deliver great work as usual, playing Alfred Pennyworth and Carmine Falcone respectively. The standout is Colin Farrell’s Penguin. Covered in 50 pounds of make-up and prosthetics, he breathes a nice bit of levity into the movie with a hilarious Italian-American mob boss take on Oswald Cobblepot. He may be unrecognisable, but he’s certainly not unmemorable with the funniest lines in the movie.

Farrell also has the honour of being in the best scene of the movie: the introduction of the Batmobile. This is the best live-action Batmobile bar none, as it looks more like an intimidating, juiced-up car, rather than a literal tank. It menacingly revs its engine before embarking on a thrilling chase sequence, helped along greatly by the dynamic Greg Fraser-cinematography and gorgeous lighting. The movie plays with vibrant, popping colours like red and orange very well, most noticeably in a beautiful scene where Batman’s holding a flare and guiding people across water.

His relationship to the people of Gotham is excellent, with the city functioning almost like a character itself. This is the visually darkest, rainiest, and most drab Gotham put to film, perfectly matching the inner turmoil of our protagonist. It’s highly stylised and lived-in with an unmistakable and unique atmosphere, instead of being just any other metropolitan city. It does feel like it’s in a state of perpetual darkness as part of the film noir aesthetic, taking the word ‘noir’ to the extreme, but it looks great so I’ll give it a pass. A Nirvana track and the resonant Michael Giacchino score further bring home this pessimistic and dejected tone.

Although the runtime’s a bit long and there’s a series of monologues that had me screaming “show, don’t tell!”, The Batman succeeds in putting forward a fresh interpretation of the character that has me hooked. Aside from a third-act inclusion I found unnecessary, I am looking forward to what Reeves and Pattinson do. There’s already two spin-off shows in development, but I’m most interested in seeing The Batman 2: Electric Boogaloo. Give me Poison Ivy, Clayface, Killer Croc or Hugo Strange. I’ve already seen people fancasting Giancarlo Esposito as Mr. Freeze, as well as Nicolas Cage being vocal about wanting to play Egghead. There’s endless possibilities with Batman’s rogue’s gallery. And unlike this movie’s aesthetic, the future is incredibly bright for The Batman!