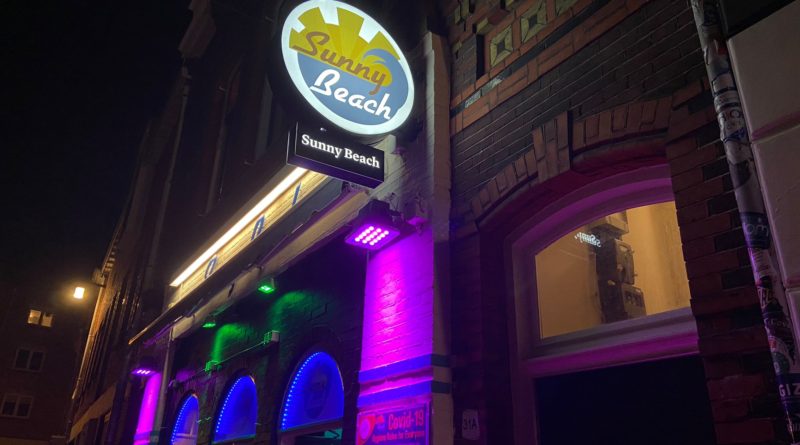 If you’ve lived in Groningen for more than a month, you’ve probably found yourself wandering the Peperstraat, looking for a place to party. For those like me, who still struggle to remember street names, it’s the place where most of the clubs/bars in Groningen are located. If you’re a student, trust me, you’ve been there already. It’s the place where the drinks are cheap, the music is good and everyone is wild, young and free…sounds like quite the heaven, right? I thought so too!

I am a first year in a new city and it is somewhat challenging, especially since it’s my first time living on my own. At the beginning of the year I had a lot of time on my hands, so you could say I allowed myself a healthy amount of partying. It was hard finding a place and sticking to it, because the city offers so many alternatives, some better than others. So, to put it simply, I made it my own personal mission to go to as many clubs as possible, test out the vibe and write a review, so no other first year has to wonder: Where should I go party tonight? So, let’s get to it!

If you’ve been to the Peperstraat, chances are you’ve been to Sunny Beach. It’s baffling how many people visit the place, judging by its size, but cheap alcohol and popular music from the 2010s works wonders when you’re trying to attract students. The place has its perks, but it’s, most definitely, not among the best of what Groningen has to offer. Despite this, however, I would find myself using the place as a backup plan time and time again. A friend of mine remarked “Sunny Beach never disappoints” but is this actually true? Let’s analyse it and give it a fair shot, shall we?

The most important thing to consider when picking a place to go out is the music, because nobody feels like they’re having a good time unless they enjoy the tunes. A lot of people leave clubs after a few minutes if the music is not up to their standards. So how is the music in Sunny Beach? The first thing that comes to my mind is nostalgic, although they have a somewhat limited variety of songs (and it can get quite repetitive). It’s great the first few times but, personally, I don’t want to dance to the same songs every time I go out. I can’t remember if they’ve ever played a song that was released after 2015. While it sparks some emotions and triggers lost memories, some songs have been dead for 10 years…let them rest in peace. Another issue is the fact that they have no defining genre. While some clubs play EDM and others play Reggaeton, Sunny Beach plays everything. One moment you’d be shaking your hips to Shakira and the next you’re jumping to Armin van Buren. It’s great if you have a versatile music taste, but no one goes to the club to feel like they’ve put their Favourites playlist on shuffle.

Two words: WATERED DOWN. If you’re planning to get tipsy, you better have a strong pre-game. Don’t worry about hydrating, the cocktails in Sunny have enough water to sober you up. Maybe it’s to be expected, since their prices are quite good. For example, you can get 10 tequila shots for 10 euros… and that’s a great deal if I’ve ever seen one. The only problem is that you’d have to order 2 rounds to feel anything, and by that time you reach around the same price you would’ve paid for a whole bottle anyway.

Another issue is the 80% ice and 20% drink situation, but this happens in almost every club. The point is: manage your expectations and don’t, for a second, believe that an alco-slushie will get you close to being tipsy.

The highlight of Sunny Beach, however, is the people. My main reason for going back is because the crowd is great (except for the occasional weirdo that would creep on you). Everyone is friendly:  you’d get occasional compliments in the bathroom, and random smiles on the dancefloor. The people make the place and since it’s always overcrowded, it proves that there are a lot of great people in the city. Just a quick side note: Sunny Beach tends to be frequented by teenagers, so try not to end your Saturday night in jail.So, the question remains: should you go to Sunny Beach? Absolutely, 100%, yes! While it has its downsides, you can count on it for a good time…plus it’s a go-to backup club for a reason. Are there better places to be? Hell yeah, but it’s part of the student experience to go to Sunny Beach at least once (preferably on a Friday before everything else opens, otherwise you’ll get squashed)!