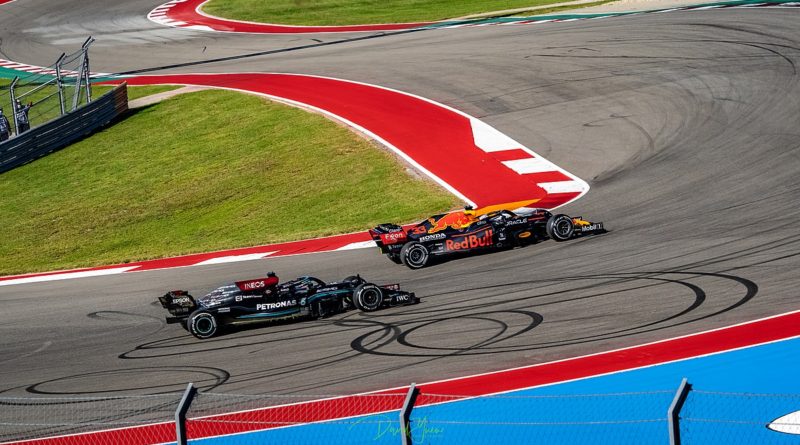 For the first time in what feels like forever, the Formula 1 season is going right down to the wire. Before Lewis Hamilton and Max Verstappen go head-to-head under the lights in Abu Dhabi on Sunday, let’s take a look back at the most dramatic season of recent times and what made it great – the return of a proper championship rivalry to the paddock.

Since the regulation changes that ushered in the turbo-hybrid era in 2014, Red Bull Racing and Max Verstappen have shown intermittent flashes of potential. However in what’s proven to be a watershed season, both driver and team have shifted up a gear. They’ve gone from occasional challengers for race wins and poles to the first team to put together a fully formed challenge to Lewis Hamilton and Mercedes’ seven-year stranglehold on the championship.

Rivalries – The Drivers of Entertainment

This season reflects F1 finally seeing the return of one of the elements that make it great – an enticing rivalry between championship contenders. The sport can often seem very artificial, obsessed with technical minutia and data. But as a spectator, when you’re watching two elite drivers battling it out at 300km/h, giving every ounce of effort to gain that fraction of a second they need to beat the other guy, all that falls away. What you’re left with is what makes sport worth watching: visceral emotion. Experiencing that emotion is what separates good seasons from great ones. The aerodynamic details of the Red Bull car’s rear wing won’t stick in most fans’ memory for long, but how they felt when they saw Verstappen and Hamilton collide at Silverstone will be forever ingrained.

Hamilton and Mercedes have deserved the massive success they’ve achieved. I don’t want it to seem like I’m downplaying that. You don’t achieve the level of dominance they’ve put together by chance. However, I’d argue that this success has taken away from the spectator appeal of the sport. You can only watch so many lights to flag processions where there’s only ever going to be one winner before the whole thing becomes stale and you turn off the TV. This season has been such a revelation precisely because it’s the first proper championship rivalry the sport has seen in half a decade. The last time we saw Hamilton pushed like this was in 2016, when teammate Nico Rosberg also took the championship battle right down to the last race.

Verstappen actually finds himself in a remarkably similar situation to Rosberg. Both men found themselves establishing a lead in the early stages of the season. Both had heavy on track crashes with Hamilton, though Verstappen has found himself in contact with his rival far more than Rosberg, who was Lewis’ teammate. Both campaigns were marked by a war of words off the track, with both parties throwing accusations at the other. And both Verstappen and Rosberg were faced with the difficult challenge of holding their nerve in the final stages of the season, as the leads either man had established were chipped away by the composed and hyper consistent Hamilton. The man is a master under pressure. On both occasions, he has had to win all of the last four races in order to stay in the fight and, on both occasions, he has done so flawlessly.

However, Verstappen’s situation differs in one notable way. Rosberg came to the last round in Abu Dhabi with a 12-point lead over Hamilton. This meant that even if Hamilton won the race, Rosberg would still be world champion so long as he finished higher than fourth. Verstappen doesn’t have this luxury. As it stands, he and Hamilton are exactly equal on points. He will not have the luxury of letting Hamilton drive off into the lead and coasting behind in second place like Rosberg did. If Max wants the championship, he’ll have to beat Lewis on the track.

That is, assuming both drivers don’t crash out.

History tells us that when the situation is this tight, when the championship hangs in the balance of a handful of points, moments of intense melodrama can unfold. Famously, two of the most intense title fights of the 1990s were decided when both rival cars crashed together in the last race. In 1994’s climatic finale in Australia, Michael Schumacher clinched the win by colliding challenger Damon Hill, who trailed him by only a single point. Schumacher’s car hit the wall after the impact almost flipped it over, while the resultant damage to Hill’s car meant he would also retire, handing his rival the title.

Earlier still, 1990’s eventual champion Ayrton Senna didn’t even make the first corner of the race during his decider. Feeling slighted by a pre-race decision to move his grid spot, he deliberately crashed into fellow title contender Alain Prost’s Ferrari mere seconds into the race, leaving both cars wrecked and Senna champion. Both Verstappen and Hamilton have said that Senna is a major idol of theirs. Hamilton is competing to surpass Schumacher’s record of seven world titles. Would either driver embrace this kind of win at all costs attitude? Perhaps it’s unlikely, but with everything on the line, I wouldn’t entirely rule it out.

At the end of the day, I’m just glad we’ve had a season to remember. If Hamilton goes on to win his eighth title under the lights in the UAE, he will be a worthy champion and become the undisputed, most successful F1 driver of all time. However, for the sake of keeping the sport interesting and potentially seeing some major melodrama on track, my money is on Max Verstappen. And it’s not just because I’m in the Netherlands, I swear.

So here’s to a fantastic season, whoever takes the crown. And here’s to hoping 2022 brings more of the same.