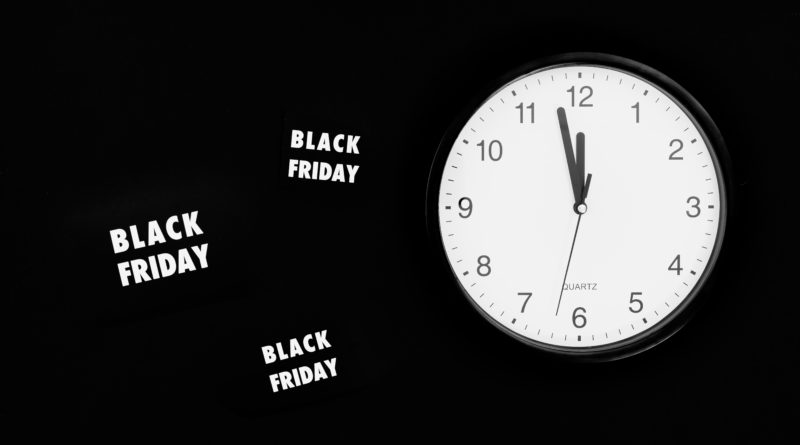 Note: for ethical reasons, the links to particular sales are not included.

Black Friday is one of those times of the year that is the most beloved by some and most hated by others, and probably for good reasons. If you just happened to lose earphones that you can’t live without, and being forced into social situations without them puts you in killing rage, then you might as well wait for the sale. In addition, Christmas is around the corner and we are no longer five-year-olds who can draw a crooked tree ornament with crayons and call it a day. So if your brother insists on getting FIFA22 this year, then why not buy it for less than the standard price of 60 euros (for a game that gets repackaged and sold every single year — seriously, EA is the worst).

As nice as it is to buy things for much lower prices, there is a lot to unpack here. Every year videos of “mad” people fighting over flat-screen TVs go viral, as we “the sane people” laugh at the poor fools who resolve to savagery over material goods. And aside from the fact that these videos are rarely actually funny, and more loud noises and a bunch of people on top of one another, there is a class undertone hidden underneath the surface as well. Because if you didn’t fight for that laptop you dreamed about, or stayed up to click ‘buy’ on your full basket to purchase your gifts at 4 am just because they might be sold out if you are one minute late, then maybe you shouldn’t judge those who do so harshly. The fact that you can simply take advantage of the sales (because why wouldn’t you?), instead of waiting and saving for them all year, could mean that you are in a situation in your life where you are financially comfortable, with or without the Black Friday craze. In the same manner, it’s easy to tell people to boycott Primark and other Fast Fashion brands, when you can afford to have that Green Labels top for €60. But it’s a bit harder when you go to H&M to buy a €30 dress that you were actively saving for.

And of course, it wouldn’t be a proper Black Friday article if I didn’t save a few words for the aspect of human rights and the environment. Last year the major news was the UK-based fashion retailer Pretty Little Thing that was selling their products for 1% of their original prices with some items as cheap as 4 cents, according to their web page. It sparked outrage, because if you can sell something for 99% off and still turn a profit, then you didn’t pay the people who made that product more than 1% of what you are selling it for. And if you take into consideration the fact that the owners of Pretty Little Thing still have to pay the retailers in their stores, and pay for the transport of their products from overseas (according to Fashion Network 40% of their clothes come from China, the rest from Turkey, Pakistan, India and “other countries”), then it’s easy to doubt the ethics of the environment in which the products were made. This also includes the worker’s rights and freedoms, and the impact such a cheap and mass production might have on the natural environment, because the fabrics the clothes are made out of must be produced and paid for too.

This year Pretty Little Thing struck a new record, discounting some of the garments to 100% of their original price. The logistics behind that kind of marketing strategy escape me. Scrolling through the web page, I found my brain struggling to calculate how a ten pence (twelve Eurocents) bikini can bring any profit to the company, let alone allow the worker who sewed the bikini or produced the fabric to support themselves on a small percentage of that price. And Pretty Little Thing is not an outlier: ASOS and Shein both discounted their clothes for up to 80%, while H&M had discounts to as much as two-thirds of the original price. All of this is to say that it’s not a problem of an individual company, but of the industry as a whole.

And I don’t mean to shame anyone who bought something on sale from Primark, H&M or Zara this weekend. Maybe you are in a situation where this is the only time that you can afford it. Maybe you didn’t know or didn’t take into consideration the way your clothes were made. Maybe you didn’t care or simply chose to go on a shopping spree for some other reason not included here. Shaming anyone is not the point. The point is to be aware of what the story is behind the clothes you are wearing and to spread the awareness. And maybe next time you go on a shopping spree during a sale, spare a thought to consider that perhaps you don’t need another piece of clothing in your wardrobe. Or that maybe you could spend your money elsewhere, for example buying fewer clothes of higher quality for a bit more money. The choice is yours. I trust you’ll make the right one.