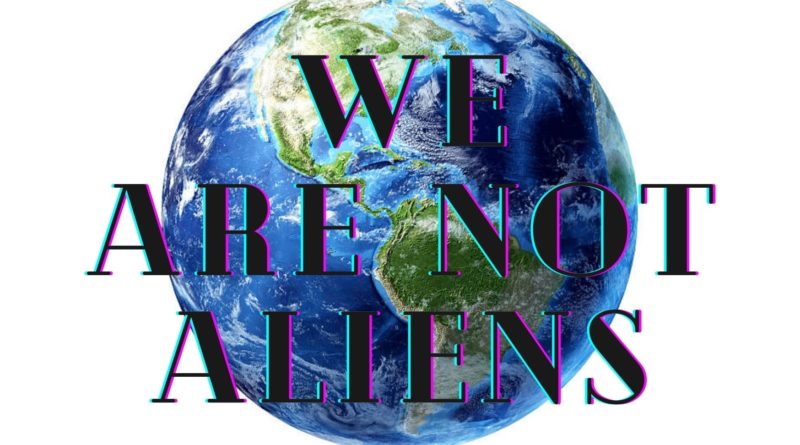 “Humans are the real virus, we deserve to be wiped out.”

This is a comment I’ve heard frequently since the start of the pandemic. And to be completely honest, I must admit I too have repeated similar notions. But none of us are the same person we were “pre-pandemic”. Months of isolation have forced us to look inward and as a result I believe many of us have undergone serious personal development. Among other things, my political opinions have changed and I would like to offer a plea against climate change doom-thinking.

Pessimism is a dangerous trap that anyone can fall into. It has been particularly hard to resist over the past two years, as we were all forced to come to terms with the fact that we have little control over the world around us. But even before that, both Millennials and Gen Z’ers have been growing up with the knowledge of man-made climate change while barely possessing any political or social power to reverse it.

When we take these man-made issues and combine them with a lack of power, climate change doomerism seems a somewhat logical outcome. I did not cause these issues, and I cannot change them, yet they will inevitably affect me: guess I’ll die then. Yet there is a certain disconnect. Why should we suffer for the sins of others? I don’t own a car, I don’t plan on having children, and I recycle to the best of my ability. What more can one person do?

Will there be life on Mars?

In recent years, billionaires such as Elon Musk and Jeff Bezos have shown increasing interest (and monetary investment) in space travel and colonization. Musk and Bezos seem to be aiming for human colonies on Mars and the moon in order to “save humanity.” Bezos believes that heavy industries will need to be moved to different planets and other celestial bodies, because Earth will likely be depleted of her resources in the next few hundred years. Elon Musk similarly sees space colonization as a Plan B, “in case something terrible happens on Earth.”

It is not surprising that these billionaires see climate change as an imminent threat. After all, they themselves have heavily contributed to this, as well as the exploitation of other humans, on their path to immeasurable wealth. But climate change is not an inevitable result of human society; it is a specific outcome of the global economic system of capitalism that is depleting the earth of its natural resources in a search for never ending profit.

In attempts to fight climate change, we often turn back on ourselves to analyze our individual actions. Don’t buy plastic bags, don’t shower too long, take the bus instead of your car, don’t eat too much meat. Moreover, entrepreneurs have flooded the market with wacky inventions to combat climate change, from enzyme-eating plastics and satellites that spot methane leaks, to drones that plant trees. In reality, this is like fighting fire with fire. While individual actions of course stack up on a large scale, the crux of the issue is not isolated incidents of wasteful behavior. It is the very ideology of capitalism. A change in action alone is not enough; the reasoning behind them must be questioned too. Why do we use plastic bags? Why do we eat so much meat? Why do we cut down so many trees?

In the same vein, space colonization is not the solution either. Will humans keep traveling from planet to planet, depleting each of their resources until either our species dies out or all resources are gone? What is the end goal here?

The issue fundamentally lies in our mentality. We are carrying colonial capitalist ideas, in which our purpose is to work for profit. If you work hard enough, you can have whatever you want. But should we really have whatever we want simply because we can? Can we not take what we need and be content with that? Can we not consider those around us, not just other people but all living things, and weigh the impact that our actions have on them?

These kinds of beliefs can be found in many indigenous cultures around the globe. For centuries, indigenous people have collected and passed on knowledge of how humans can live in harmony with their natural environments. For example, the indigenous Ashanti communities in Ghana protect biodiversity by restricting access to sacred forests. The farming practices of the Lua people in Chiang Mai (Thailand) not only safeguards the ecosystem but also their own food security. And in another part of Thailand, indigenous people are able to use the wetland Nhongchaiwan to provide food and income for their community while still protecting its biodiversity.[1]

Indigenous communities around the world have been instrumental in fighting climate change. In fact, indigenous people help to protect around 80% of the world’s biodiversity. Colonization has had a huge impact on the ability of indigenous people to preserve their environment, and the consequences are now showing. For example, Aboriginal people in Australia have used traditional burning to prevent wildfires for thousands of years. The forced removal of Aboriginal people from their lands has come back to bite Australia in the ass, as the country continues to face worse and worse wildfires each year that are destroying massive swathes of natural land.

We are not aliens

Humans belong on this planet. We are not aliens. We are part of the cycle of life; when we die, we once again return to the earth as we feed life around us. If we did not belong here, our bodies would lay rotting for decades, like the plastic waste that we chuck out of our cars. If we truly want to preserve Earth for future generations, then it is not enough to change our actions. We must change our mindset. Take what you need, not as much as you can carry, and leave the rest for someone else to use. Let us return to what we were taught as children: sharing is caring.