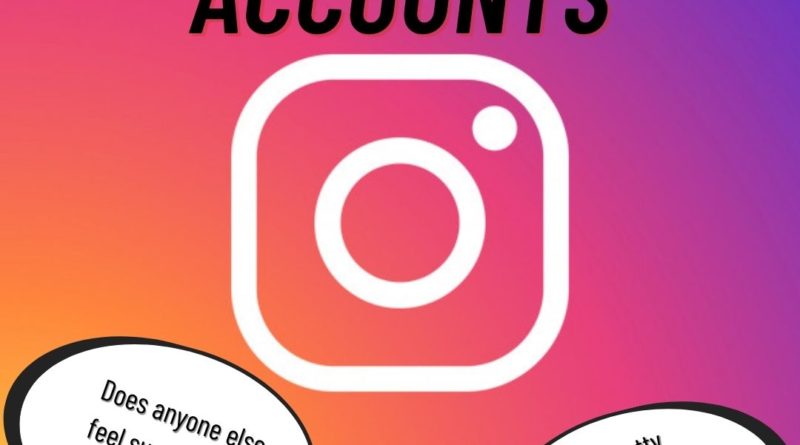 Fall. ‘t is the season where your acne worsens as the sun disappears for the next six months and your Instagram gets flooded with suggestions to follow the confession accounts that pop up with every new generation of students .

What are confession accounts? Exactly what it sounds like. Someone anonymously publishes confessions that members of a certain group, often students at the same university or faculty, send to them. Some of the posts are uplifting and make you feel better, others are absolutely creepy and leave you wondering why there are so many people doing this, while some are just sad.

NOTE: For the purposes of protecting people’s privacy I redacted some of screenshots, as to minimize the possibility of identification of mentioned individuals.

I think the worst confessions are the ones where person A confesses to have a crush  on person B- often in excruciating detail regarding person B’s looks, nationality and the place where they met each other- so that the addressee will have no trouble recognizing that they are being crushed on. It’s the equivalent of someone leaving a note saying “I like you” in your backpack during a break in primary school. Except in this case everyone knows about it. So it’s really more like someone graffitiing your desk so that the message is left there for all eternity. And just like the notes in your backpack, the addressee is left wondering who the hell this person is that has a crush on them. And contrary to what movies might have told us, a “secret admirer” is not sweet, but often very creepy.

And what is that person supposed to do? Ask everyone if they made that vague confession on some random account? I fail to see what the confessor’s  goal is here. If they don’t have the guts to just ask their crush out straight away, why would they think that making an anonymous comment on social media, that they now have to own up to, would work? The target of the confession is just left there hanging, being creeped out by god knows who. I wouldn’t stay it’s stalking, or even an obsession, but it’s just not nice to be on the receiving end.

Maybe we should hold some people accountable?

But there is one more person included in all these: the account admin. Unlike on Reddit or in Facebook groups, where there might not be any preliminary regulation regarding what gets posted, all of these confessions run directly through the admins, who decide to post something or not. There is more than one person responsible for creepy and often low-key illegal posts that are published. On top of being very unpleasant to the people involved, these posts can actually be dangerous. In writing this piece, I stumbled on a “confession” talking about a girl who allegedly was good in bed. It even specified the place where she lived. I decided not to publish it, because I was worried someone might try to look up the post and start searching for the girl. Whoever wrote it in the first place acted in an absolutely disgusting way, far too closely resembling the recent scandal of Vindicat’s Bangalist. And I don’t think I’m alone in thinking that the admin of that account should know better than to post it.

This is the phenomenon I found especially among the accounts dedicated to “prestigious” courses. People will use a platform where they can anonymously say shitty things about others just to validate themselves, knowing that there will be no consequences for their actions. Isn’t that Twitter troll’s wet dream right there?  This group includes comments like the one below. This post actually annoyed me so much with its pretentiousness and low-key superiority complex of the author that it inspired me to write this article.

I think it is also important to include in this group all the “where are all the hot guys” comments, because it does reflect on some people’s entitlement and sense of self-importance. It’s okay not to find anyone around you attractive, but don’t complain about that on a public forum. It’s just a bad look. Taking advantage of anonymity is not going to personally affect you, but nonetheless reflects poorly on your character. And if you are really in need of some action, maybe move your expectations down a notch. Then again, I can’t blame the admins of these accounts for posting stuff like this. If you want to act like an asshole and willingly share your shitty opinion on a public forum under the veil of anonymity, I think you need to accept that it will be posted and that you might get laughed at.

But not everything in here is absolutely terrible though. Sometimes you can find confessions that are legitimately uplifting, making you feel better and less alone. Especially now, after a year of our social life brought down to nothing, we have the right to feel lonely. These confessions allow us to feel normal; that is not just you struggling alone, but that we are all in this together trying to make sense of what is going on around us. In the ‘normal’ times it provided a sense of community too and even allowed us to take out our frustrations on things that annoyed us, knowing that, again, you have a point and someone else agrees. With a bit of care, both the poster and the audience can actually gain something from these types of confessions.

So should we kill confession accounts?

No. Especially during the pandemic, they helped people to retain some sense of community. Some stories are legitimately entertaining, while others are more relatable. Though we definitely should be vigilant. When seeing something harmful, or even creepy, it’s better to report it, rather than not. A good option would also be to message the accounts directly, saying that something is not okay to post. This might actually be a more effective way, because Instagram is famous for not recognizing harmful content, even with reports. On the other hand, chances are the admins might take the criticism to heart. Especially if there are enough negative responses to harmful posts. I don’t think it is necessary to throw the baby out with the bathwater, but if we can improve our student community then I think we should try.