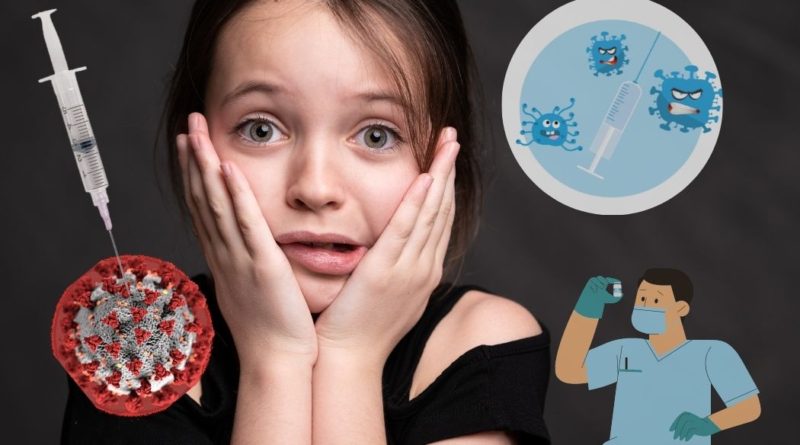 Pfizer, Moderna, Johnson, BioNTech, AstraZenaca, SinoVac. Every day there are more news articles and updates about vaccination rates, side effects, shortages, you name it. One might start to get overwhelmed by all the Covid news. The United States, despite its terrible pandemic strategy under Trump, has been able to make an impressive turnaround and has now vaccinated almost half of the entire country’s population of around 330 million. Even teenagers are being vaccinated and on social media it seems that Americans are quickly going ‘back to normal’. However, vaccination rates are lagging in many Republican states, and other countries are also struggling with vaccine hesitancy. Why is that?

An iPhone for a vaccine

Hong Kong had more than enough vaccines to inoculate their entire 7.5 million population, but distrust towards the government has made people wary of getting their shot. Over the past few years, the Hong Kong government has increasingly infringed on the rights and freedoms of its citizens, leading to massive protests in the summer of 2019. One year later a sweeping security law was passed that further pushed down on protests and freedom of speech, giving the CCP even more power over the city and its citizens. Wariness towards the government and the Sinovac vaccine is thus not very surprising. Businesses and companies are offering various incentives to encourage vaccination, from hotel stays and vouchers, to an iPhone 12 or even 24 Karat gold coins worth over 1 million Hong Kong dollars. But Hong Kong might still stand to throw away doses if they are not used before their expiration date.

Or a free joint?

The US government is not struggling to this degree, but despite its high numbers, a recent Gallup poll has shown that 24% of US adults are not planning on getting vaccinated. Similar to Hong Kong, incentives are being offered to coax hesitant people into getting their shots. While some businesses are offering free donuts or beer to customers, many companies are also giving their own employees gift cards or paid time off if they get vaccinated. Perhaps even more appealing to young adults is the program in Washington state, where marijuna dispensaries are giving out free joints.

None of these incentives might be enough for the vaccine-hesitant Americans, of which almost 80% is claiming that they are not at all likely to change their minds. In the Netherlands the numbers are far lower, with only 12% of the population definitely not wanting to be vaccinated. These numbers go up in other European countries however. In Italy it is only slightly higher with 13% not wanting to get vaccinated, but it goes up to 19% in Sweden, 22% in Germany, and even 28% in France.

A growing distrust of science

What is holding people back from getting vaccinated? Whereas in Hong Kong it is a distrust of the government, in the US and other Western countries it seems more to be a distrust of science. This is not a new phenomenon. An article published in 1999 already called attention to a growing distrust of science among the public. Despite the impressive communication technologies that have developed since then, which allow millions of people to access any knowledge at a split second, many people still fall for conspiracy theories. If anything, the massive amounts of information that is available at our fingertips has only made it easier for people to find that which perfectly fits their own worldview. And the fact that even government officials are spreading misinformation, makes it all the more difficult to seperate fact from fiction.

In many cases, this distrust comes from a fundamental misunderstanding of what science really is. It is not a religion that claims to have the absolute, unquestionable ‘Truth’. Nor are scientists the ultimate authorities on every topic, as if they are infallible Gods that hold the answer to every question you could ask. Really, science is a method of finding the most sound answer with the knowledge that is currently available to us. Anytime we gain more knowledge, that answer can change again. And above all, scientists are human beings driven by curiosity, who are capable of making mistakes like the rest of us.

Or a reasonable critique?

This does not mean that all vaccine-hesitancy is unreasonable. Just as science has been used to eradicate diseases and improve our health, it has also been used to build destructive weapons and to further racist ideologies. It is not surprising that racial minorities in the US are skeptical towards vaccines when we consider the Tuskegee study of the 1930s, where about 200 black men were purposefully left untreated for syphillis for several decades, in order to study the development of the disease. And all the way up until the 1970s, thousands of Native American women were being sterilized by doctors against their will.

The politics of science

Despite scientists often claiming to be objective and unbiased, historically the field of science has been far from apolitical. We are not doing anyone justice by claiming otherwise. If anything, it would do us good not to consider ‘science’ as a singular entity. It is a way of thinking and researching; a way of looking at the world. And over the past year or so, thousands of scientists have come together to find a solution to the Covid-19 Pandemic. They were able to build upon existing research of the many other coronaviruses known to us. Thanks to modern technologies, they were able to exchange information quickly. And due to the global urgency of the pandemic, vaccine research was heavily prioritized. Knowing all of this, I personally feel safe to get my shot as soon as possible.