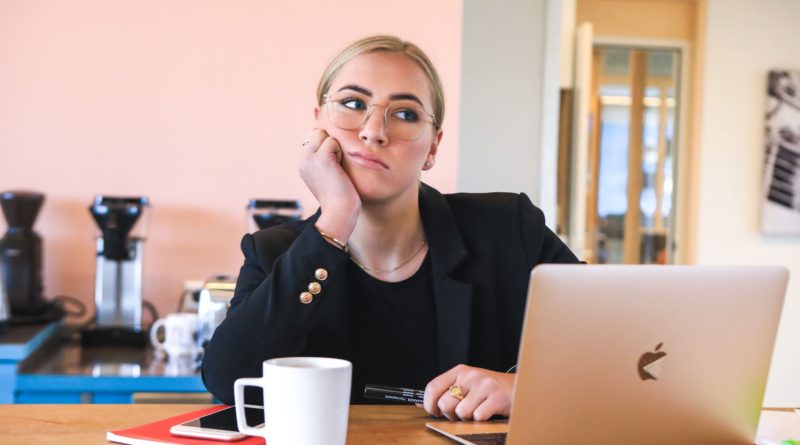 In films and television series, women in positions of power are still often portrayed as moody, cruel and even downright evil. Meryl Streep’s Miranda Priestly in The Devil Wears Prada (2006) is probably the most famous example of this type of woman. The Bold Type’s (2017) portrayal of Editor-in-Chief Jacqueline Carlyle is a refreshing change from this ubiquitous stereotype.

Recently, I started watching The Bold Type, an American comedy-drama series following the lives of three young women working at Scarlet, a Vogue-like magazine focusing on women’s empowerment.  The magazine is run by Jacqueline Carlyle, Editor-in-Chief for nearly ten years. The first we see of Jacqueline are her strappy, fire-red high heels, immaculate accessories, and her fingers typing furiously on the newest iPhone. As she walks into the conference room in the opening scene, a stern look on her face, the room falls silent. At that second, Jane, one of the protagonists of this series, receives an email from Jacqueline, shooting down her pitches for her first article.

My first thought: “Jacqueline is going to be the baddie in this series!” Not ‘badass boss,’ not ‘fierce leader,’ not ‘powerful role-model’ – I instantaneously categorized her as the villain. This reaction is no coincidence, but rather the consequence of years and years of movies having conditioned me, and other women and girls, to think that being vile and cruel is the only way of being a female boss.

The prime example of this toxic portrayal of female leadership is still The Devil Wears Prada (2006) – a film whose title sets the tone of the entire story. Meryl Streep’s Miranda Priestly is incredibly successful as Editor-in-Chief of her fashion magazine, and she is competent, with an encyclopaedic knowledge of the fashion industry, her magazine and the intricacies of the business world. However, all of those qualities are set aside in favour of highlighting Miranda’s cruelty and the way that she terrorizes her employees. Miranda cannot be reasoned with; she has no respect for the private lives of her employees and the smallest mistake can get you fired or at least set off a tantrum. The only way she gets the job done is by instilling fear in her employees. On top of that, the filmmakers have heaped on the cliché of the woman whose professional success is tearing her personal life apart.

Another, more recent, example is the depiction of Emily’s French boss, Sylvie, in Emily in Paris (2020). There are a lot of things wrong with this series, particularly the one-dimensionality of the characters and the cultural stereotypes it keeps throwing around. Still, the way in which the audience is made to dislike Sylvie stands out among those flaws. Sylvie was expecting a French-speaking employee, instead, she gets Emily, a hyper-confident young American who does not speak a word of French, but still thinks she can do better than any of the French employees. Sylvie’s rightful frustration with this situation is blown out of proportion and becomes her only personality trait, making her one of the most unlikeable characters in the show.

It is certainly not news that what we see in the media impacts our worldviews, the ideas we form of what certain situations and people are like, and the way we act in the world. What the above-mentioned films and series, and others like them, have succeeded in drumming into us is that women leaders can only get to or stay in their position by being egotistical and arrogant. Worse still, they keep playing with gender stereotypes to portray women who act like many male leaders – who are assertive, confident and self-advocate – as aggressive and rude. Such highly negative portrayals have complicated women’s and women leader’s position in the workplace, who are walking a minefield of social expectations as it is.

Shows like The Bold Type are doing an important job in changing the negative image of women leaders. The Jacqueline we get to know during its four seasons could not be more different from the cold-hearted career-women-devils we have been shown in other series. She is kind while being decisive and she lets her employees make mistakes and helps them turn these into moments of learning.

The portrayal of Jacqueline is of course not perfect, notably because the show still transports the idea that women leaders should be attentive and supportive, referring back to gender stereotypes that associate women with care work and emotion. This reinforces the double bind that women often find themselves in: being required to be feminine, caring, decisive, confident, attentive, compassionate, forward-thinking – everything at all once. But even though the portrayal is not perfect, it is progress in the right direction.