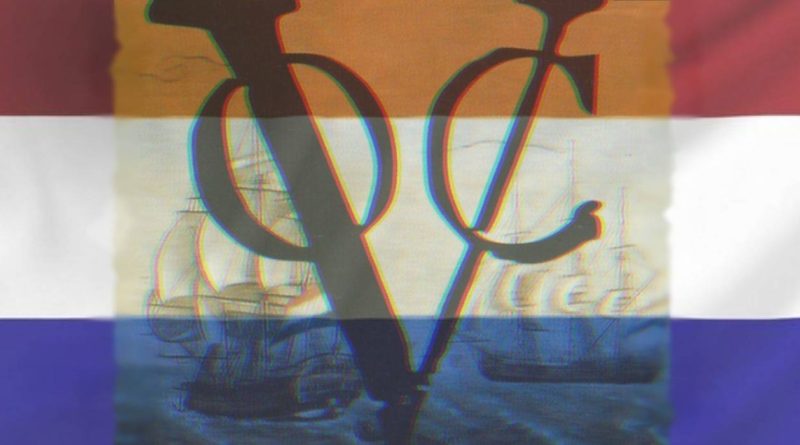 I find it very interesting that white Europeans who are walking around in denim jeans with an Apple phone in their pocket, eating McDonalds while watching movies and television shows produced by Hollywood, only want to talk about the ‘American influence on European culture’ when it comes to racism. Following the Black Lives Matter protests in the summer of 2020, many Europeans felt the need to deflect criticism against racial issues in their countries by calling them ‘American’ issues. More recently, the French senate has been trying to ban a 114-year old student union whose conversations on racism are being labeled an “American-inspired betrayal of France’s universalist tradition.” Of course, President Macron is conveniently forgetting that France continued to colonize Africa for 200 years after its ‘universalist’ declaration of equal rights. It seems to me that Western Europeans want to eat their cake and have it too.

The influence of the United States on the rest of the world, and Europe in particular, is undeniable. Globalization has often come hand in hand with Americanization. Since the development of modern film in the twentieth century, movies have frequently been used for propgandistic ends and Hollywood has not shied away from this either. The popularization of the internet from the 1990s onwards has similarly contributed to an increasing influence of American culture around the world. In the last five to ten years, the internet has seemingly shrunk, as many people find themselves cycling through just a handful of websites and social media platforms, most of which are American-made. Through Facebook, Instagram, Twitter, and Youtube, America has come to dominate what used to be a ‘world-wide web’.

When the various forms of media that we consume regularly contain fragments, if not giant pieces, of American culture, it is not surprising that Europeans are influenced by this. But the connection between the United States and Western Europe in particular goes back further than social media. The notion of a ‘Western civilization’, or what we simply call the ‘the West’, includes both the U.S. and Western Europe. The term has been used to create a connection and a shared culture between the two superpowers. For example, during the First World War the term was used to justify sending American soldiers across the Atlantic Ocean and to make them willing to die for this ‘Western civilization’ (Jarausch, 751). Of course, we can trace this connection further back to the inception of the United States as a nation. It was primarily the English, French, Spanish, and Dutch who colonized North America, and most white Americans can trace their heritage back to one of these countries, or to the rest of Europe.

And yet many Europeans are happy to ignore these cultural and political links, especially when it comes to race. In the summer of 2020, protests against racialized police brutality following the death of George Floyd sparked similar protests in Europe, including here in Groningen. In Bristol, the statue of a slave trader was torn down by activists and thrown in the river. In Belgium, statues of the infamous Leopold II, who ruled over Congo while it was violently exploited, were officially taken down as well.

In the Netherlands, it seems that the public discourse surrounding racism rarely extends past the debate around Zwarte Piet, which has now been going on for over a decade. Meanwhile, not a single controversial statue has been taken down in the country, even though there are at least three that are connected to Dutch slavery. Mark Rutte said the statues should provide more information about slavery, but did not see any need to pressure local governments to do so. The protests did spark a debate about racism in the Second Chamber last summer, but Rutte has since then made it very clear that he does not want the government to officially apologize for the country’s history with slavery.

Too far in the past?

Rutte said that as a historian, he does not feel comfortable apologizing for something that happened 150 years ago. As a student of history myself, I wholeheartedly disagree. Ira Berlin, a notable historian on U.S. slavery, believed that Bill Clinton’s acknowledgement in 1998 helped renew both public and scholarly interest in America’s history with slavery. Dutch scholars believe that the Netherlands could benefit from this too. What historian would not want help inspire new historical research? To uncover and acknowledge what happened during the Transatlantic Slave Trade?

I find it highly hypocritical too. Will we stop remembering the Second World War in 2045? When is something too far in the past? The Netherlands will remember and celebrate liberation from Nazi Germany every single year, because “we must never forget”, but refuses to acknowledge the Indonesian independence that also took place in 1945. So does it really matter how long ago something happened? Too many former colonial powers pick and choose what history to acknowledge and celebrate, and what to ignore. The exact same can be said about the influence of American culture: only when it comes to racism do Europeans suddenly want to push back against Americanization.

I did not choose to be born in a country that actively took part in the Transatlantic Slave Trade and deeply affected two entire continents as a result, but that does not mean I get to pretend it never happened. If we acknowledge that the past continues to impact our present and future by building museums, statues, and appointing dates of annual commemoration, then we cannot continue to pretend that slavery is somehow not worthy of remembering. A significant part of the population is unaware of Ketikoti, which celebrates the abolition of slavery in the Netherlands on July 1. Many Afro-Dutch people have been celebrating Ketikoti since 2002, for almost two decades, yet it is not a national holiday like it is in Surinam. Why is that so? Over half of the Dutch population is not religious, yet we have eight official holidays every year that are of Christian nature. Clearly representation is not the issue here. White Europeans are simply too afraid to start acknowledging just how deep racism runs in our countries too. Perhaps it is because we are not so culturally different from the United States after all.