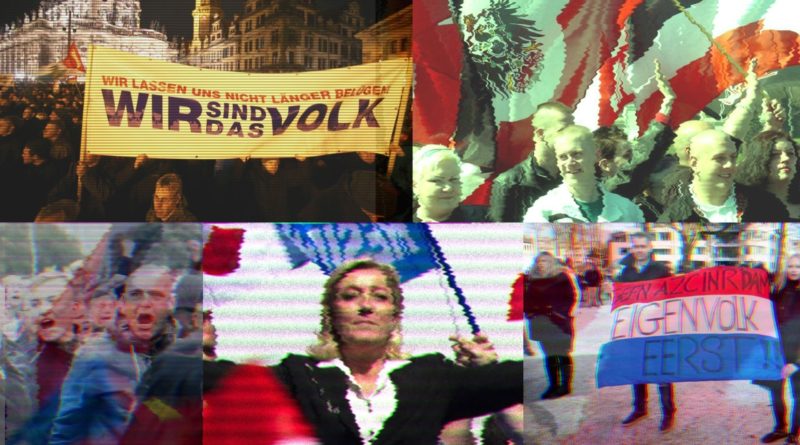 In my last article, I talked about Poland and Hungary and their increasingly illiberal democracies. My first question was whether these central-European countries still fit into the European Union, and the values we hold as a region. Then I began to question whether the EU as a whole still holds the same values and ideals it once did, or was it all a facade? With that in mind, I will be looking at some recent trends in western-European politics.

Beef with the EU

It has been over four years since the UK government held a referendum on their EU membership. The idea was floating around long before that though. Euro-scepticism is particularly prevalent among right-wing parties, whose power has been growing since the 2000s. The perceived threat of ethnic ‘outsiders’ into the European Union has been a strong motivator for right-wing voting for over a decade now (Werts, Scheepers, Lubbers, 2012). This was very much a part of the Brexit campaign too. The idea that immigrants steal jobs away from Britons was a defining issue in the platforms of Brexiteer politicians such as UKIP leader Nigel Farage.

And in the end, the Brexiteers won. On the cusp of 2021, Boris Johnson struck a deal and the literal island that holds the United Kingdom became a metaphorical one too. However, the UK is not the only country that has beef with the European Union. Dutch right-wing party PVV has called for a Nexit for several years, and FvD wants the Netherlands to leave the EU too. Other items on the PVV election plan include ‘protecting our own borders’, ‘using the army to keep the streets of the Netherlands safe’, as well as ‘blocking migrants from Islamic countries’ in an effort to ‘de-islamize’ the Netherlands. While PVV is unlikely to become part of the majority coalition, it is still the second-largest party in the Netherlands. Clearly a part of the country agrees with these nationalist stances.

In November, thousands of French citizens took to the streets to protest a new security law that would prohibit people from filming police officers. Many spoke out against the bill, as it would make the increasing police violence in France more difficult to document and publicize. Others saw the security bill, as well as restrictions for French Muslims, as another sign that president Macron and the French government is moving towards the right. While French elections are more than a year away, polls show that Marine le Pen and her right-wing nationalist party are growing in approval and are in fact polling above Macron.

But France is not alone when it comes to issues with police forces. In September 2020, some thirty police officers from Germany’s most populous state were suspended for the sharing of neo-Nazi propaganda. The officers had sent around swastikas and other Nazi symbols, as well as images of Hitler and of refugees depicted in gas chambers.

Yet North-Rhine Westphalia is not the only region dealing with neo-Nazi resurgence. Two years ago the city of Dresden declared a ‘Nazi emergency’. This is the same city that birthed the far-right movement PEGIDA, which stands for Patriotic Europeans against the Islamisation of the West. PEGIDA was founded in 2014 by Lutz Bachmann, who has used Nazi terminology on various occassions and has even posed as Adolf Hitler in the past.

Perhaps more prominent in Germany is the right-wing party AfD, which has grown significantly in support over the last decade. Similar to the Dutch PVV, the AfD targets immigration policies to fight back against ‘islamisation’ and to protect Christian traditions. The more extreme faction of the AfD is represented by Alexander Gauland, who just a few years ago was heavily critized for downplaying Nazi Germany and the Holocaust.

There seems to be a pattern of anti-semitism among right-wing politicians. In November last year, the youth-faction of the Dutch party FvD had come under fire for anti-semitic and racist messages that had been spread in group chats. And just this month, more screenshots had been leaked showing other members of the FvD also sending each other racist and bigoted messages. In response, prime minister Mark Rutte has said he will not be forming a coalition with the FvD if the possibility arises.

Over the past four years, many countries all over the world have been particularly preoccupied with American politics. Donald Trump and his twitter tomfoolery overshadowed other political issues and often distracted us from what is going on in our own backyard. Now that Trump is gone and the dust has settled, it has become clear that we more than enough on our own plates. Democracy and freedom are not to be taken for granted, but most constantly be fought for. Lest the ghost of fascism comes back to haunt us once again.