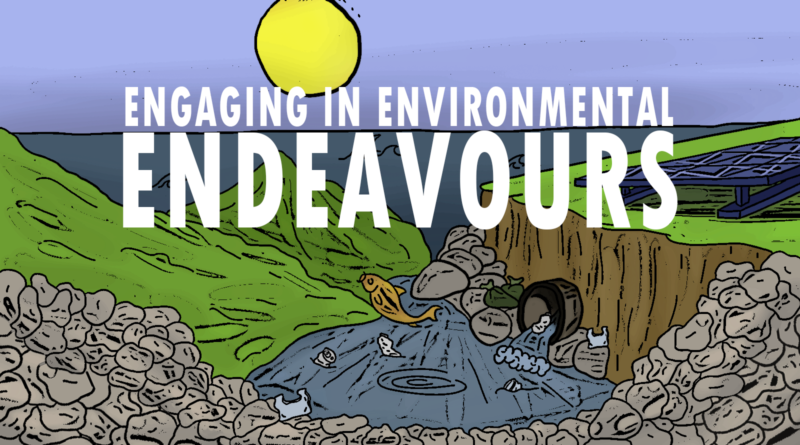 From the oceans to the skies and everything in between, this first organisation shines and needs to be seen. This article is the first of a three part series of articles for Studentenkrant where we, a group of five Rhetoric Minor students from the RUG, present to you three organisations working to help the environment and the people in it.

Solar panels. In the Netherlands. The two seem to contradict one another. To rely on an energy source that disappears before 18 o’clock in winter seems a tad risky, wouldn’t you say? Especially when you want to blast the heating on cold and blustery nights, or have an existential crisis under the scalding hot water of the shower?

However, this is a misconception. According to Hotze Hofstra, the director and founder of Zonnescholen (‘Sunny Schools’), the effectiveness of solar panels has more to do with government legislation than it does with sunlight. With this in mind, it was perhaps no surprise to discover that the Netherlands is actually at the bottom of the European ranking list for renewable, clean energy consumption.

Despite their reputation for progressiveness, the Netherlands has a fairly large stake in fossil fuels. It comprised almost a quarter of the total of the country’s GDP a couple of years ago. Hofstra explained that due to this economic dependency on oil, the Dutch government has lacked the urgency to incentivize or necessitate the use of solar panels or other sources of renewable energy. This is what Hofstra looks to change.

Founded in 2017, Zonnescholen is a company that focuses on the installation of solar panels in schools. It aims to provide both a sustainable learning environment for students, whilst also educating them on the importance of renewable energy.

Hofstra’s expertise in the field allowed us some insight into the number of schools that do indeed wish to be more sustainable. He explained that solar panels are a perfect resource for reducing both your energy bill and your carbon footprint.

But sustainable aspirations and congressional procedures don’t always go hand in hand. Because schools don’t fall under the category of household or company, “they are bound to a very specific set of regulations with complex and intricate mechanisms of decision making and financing.”

Hofstra explained that before they can make the decision to invest in sustainable measures, there are several legalities to consider. Which rules apply, which steps to take, which trajectory to follow; “We help them assess which steps to take and try and find out the best way to make the school more sustainable.”

However, there remains an abundance of seemingly solid obstacles that obstruct the transition to a more sustainable society.

Hofstra expressed concern at this: “In the last ten years, we have had a resurgence in a neoliberal government which prioritises commercial companies with large profit margins, instead of investing in local communities.”

A power dynamic struggle is afoot. “We [the Dutch government] are currently working on large energy projects, such as wind and solar parks,” says Hofstra, “which a lot of people are actually against.”

Whilst this initially struck us as a counterproductive stance, Hofstra clarified that it was because, once again, large corporations are assuming the role of the authoritative figure. So, albeit the Dutch population indeed wanting more sustainable energy, it does not want it coming slathered in the grease stains of the unethical practices perpetrated by these companies.

Hofstra suggests that a possible solution for this would be to make the energy transition something more domestic, and not dependent on the whims of an international oil tycoon. “We want people in the Netherlands to accept these developments. But instead we see them opposing them. So it’s quite a complicated issue.”

While Hofstra and Zonnescholen are already promoting changes regarding the transition to more sustainable energy, they are not without their problems. Trying to communicate their mission statement proves difficult when schools discard their leaflets and ignore their emails.

Although roughly 70 – 80% of schools are structurally and financially eligible for solar panel installation, they are either too preoccupied with other matters or too uninformed about the benefits.

This meant that establishing Zonnescholen was a time-consuming process; “We’re not a commercial company, so our priority is not on big projects that will get us national attention […] which is why only 10% of Dutch schools have solar panels.”

Hofstra wants to dismantle this distortion of the reality around solar panels. He wishes to elucidate all of the advantages that come with their installation: “It saves quite a bit of money. It makes them greener. It’s a good influence for the children.” If children begin learning about sustainability at an early age, future generations will comprise informed and active members of the fight against climate change.

Hofstra’s outlook for the future of sustainable energy development is hopeful. He acknowledges that there are no incentives for university students to save energy because they don’t receive immediate feedback about their consumption habits, as the rent and service costs remain the same each month.

However, Hofstra wishes to convey that this is no reason to relinquish hopes of contributing to the climate revolution; “There are several job prospects in this field and companies are not only interested in people with technical backgrounds […] all areas of expertise are needed.” So, whether you are a marketing, languages, psychology, geography or business student, your endorsement in the climate revolt will not go unnoticed.