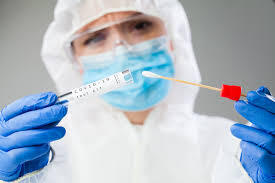 Last week, I ran into something special. Nowadays, corona tests are offered where you pay €100 in order to have the result of the test the same actual day as taking it. This means you can test quicker than the average person that calls the corona hotline. I don’t know about you, but to me, €100 out of my wallet means living on my housemates’ food for a month.

It is therefore strange that while we are living in a pandemic, people who have more money to spend can also take the test faster. And the group of people in which most infections occur? Yes indeed, the students! The poor bastards that by the end of the month haven’t got a pennie left and therefore can’t afford such an expensive way of testing.

This brings me to the following question: How is it possible that in the Dutch healthcare system, organizations exist that let people pay in order to contain a global and deathly virus? To answer, lets dive deep into the Dutch Healthcare system. In the Netherlands, the healthcare system is based on solidarity. Every resident is obliged to have an insurance contract via a health insurer. Every month, you have to pay a premium to the health insurer. This premium ends up in a large piggy bank, as it were, from which all care is paid that the concerned health insurer must provide.

Health insurance exists in different gradations. If you want to be insured for more things, you have to pay more. People that have a higher income are expected to pay more for their insurance. Because all the premium paid is going into one big piggy bank, it might occur that the money that a person with an above average income pays for their insurance will be spent on the health care for a person with a lower income. This of course also works the other way around. That is what a solidary healthcare system means in the eyes of the Dutch government.

When we look at private enterprises within healthcare, the number is rapidly growing. Healthcare is therefore increasingly becoming a private good, and less of a private one. As a resident of the Netherlands, you do have a choice between two options. Do I pay more money and get my healthcare from a private enterprise, or do I pay less and obtain it from a government-subsidized company?

And that is exactly the idea behind these corona tests. You have the money, so you get to choose to have yourself tested quicker and also get the result faster. If you do not have the money, you are in bad luck and have to stay in quarantine until there is room available. The thing I miss here though is the solidarity. In which way does this corona testing system make sure that as a student, I can also profit from it in some way.

Look, I agree that when a person takes an accelerated version of the corona test, there is a smaller chance that this person will contaminate other people. But we have to distinguish between age groups here. People in the age group of 18-25 contaminate each other the most. These are the people that do not have the money for a corona test of €100, and the people that see an extraordinary amount of other people from the same age group. This makes if difficult to see if the test that the rich businessman did actually leads to a reduction in infections among students. Because the contaminations in this group grow so quickly, it is of great importance that for this group, more tests will be made available.

So let me make my message short. If people can pay to have a corona test done faster, why is it not possible for the government to finance all forms of a corona test? We all want to get rid of that damn virus, don’t we?