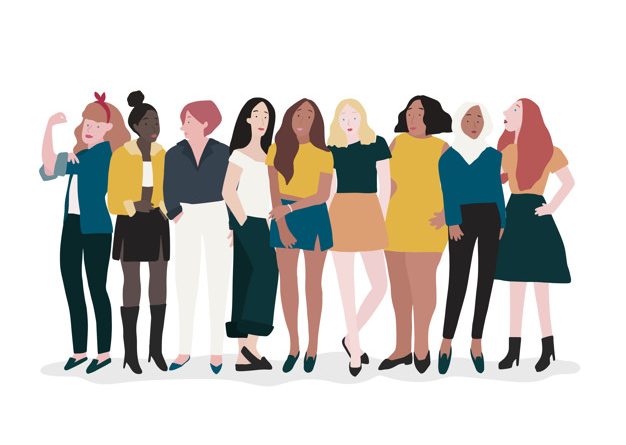 It can seem as if the we, students of Groninger, want to be more alike than ever. When I
walk through the city, I tend to see groups of girls that look exactly the same around every
corner. There are people queuing in front of My Jewellery, all wearing their flared pants and
oversized jackets. Has our society not been allowing people to be themselves? Are people
aware of the fact that they look so alike? Can we be completely ourselves in our society?

The other day I became aware that I too, have gone along with this herd behavior. That day I
had just put on an outfit that felt comfortable to me. Flared pants, long sleeve shirt, my hair
tucked up in a clip and some gold earrings. Waiting in line for the UB, I looked around me
and saw exactly the same outfit as the one I was wearing everywhere. I felt shocked to find
out I had been influenced unconsciously. I quickly pulled the clip out of my hair before
entering.

Imitating each other unconsciously is behavior that we exhibit I order to feel safe and feel a
sense of belonging. Humans are meant to be in groups, and therefore we adapt to each
other. As mentioned, we do this unconsciously, which is why we cannot change this
behavior. Lately I’ve started noticing that students tend to look more and more alike. I don’t
want to attack anyone by saying so. Nonetheless, I find it frustrating and it seems a bit sad to
me. Does it have to do with the insecurities people our age tend to have? Or does it have to
do with the urge to belong?

Rousseau, an 18 th century philosopher, also found this frustrating and worried people forgot
to think and feel who they were. He felt this was due to cities being created in which people
would look at their neighbors and create their identity based on them. All people did was
imitate others.

Is it wrong to imitate others? Or should you differentiate from other with your own identity?
This seems skewed: if you force yourself to be different, you might end up not being
yourself. I have to say that in our society, we have created stereotypes for people who are
different: people who cut their hair off, wear lots of colors, don’t wear make-up or a lot of it,
and buy their clothes at vintage stores.

It is difficult to determine when someone is truly themselves. People who dress the same as
others can very well be themselves, in the end you dress the way you like. I do think that
everyone ends up following a certain herd, the one in which you feel safe. This also applies
to the girls who put their hair in a clip, put on their Doc Martens, flared pants and an
oversized jacket.