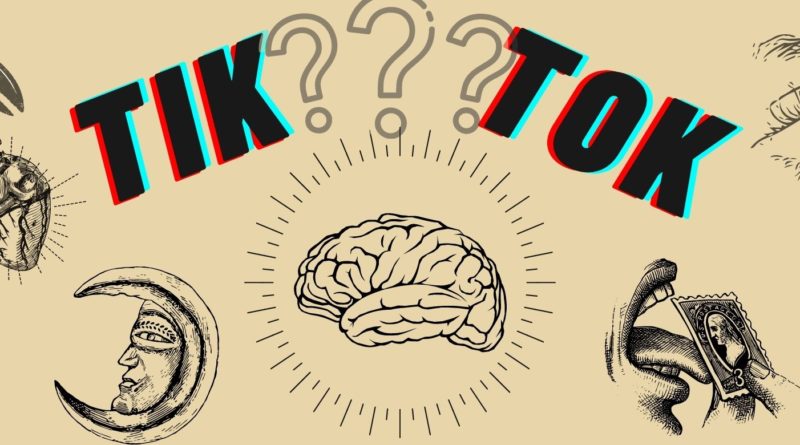 Nearing the age of 21, I have spent over half of my life on the internet. Some might say a ten-year-old is too young to be left alone on the world wide web and I would agree. I’ve seen some things I desperately wish I hadn’t, and at times I find myself desensitized to pictures and videos that should otherwise elicit strong emotions. At the same time, the internet has taught me invaluable lessons and shaped me to be the person I am today. Virtual communities were (and still are) heaven on earth for socially awkward and shy kids like myself. And I know I’m not alone in this, as Generation Z can probably be seen as the first generation to be raised on social media. Which brings me to the topic of this article: TikTok.

At this point everyone has heard about TikTok, even if you haven’t downloaded it yourself. The Chinese social media app was originally launched in September of 2016. It became available outside of mainland China about a year later. After merging with the app Musical.ly in 2018, it’s userbase started growing outside of China. As of today, the app has more than a billion users across the globe.

But what is TikTok exactly? It is very similar to Vine, another social media app, where anyone could upload funny videos. What made Vine stand apart was the fact that videos could only be 6 seconds long. As a result, it was very popular up until Vine’s ‘death’ in 2016. Just like Vine, TikTok only allows the upload of videos, most of which are around 15 seconds long, with a maximum of 60 seconds. Users can like and comment under videos, as well as share them to other social media platforms. TikTok even pays successful content creators.

I personally joined the app around the end of May when I had just about finished my exams for the year and was in desperate need of some fresh entertainment. I was hooked instantly, and if I could find out how many cumulative hours I’ve spent on it so far, I’d rather not know. But after being confronted with that question, I started to wonder why exactly I find TikTok so entertaining.

Generations are always hard to demarcate, but generally those born between 1995 and 2010 are considered Gen Z. This generation makes up almost half of all TikTok users. As a result, they have a large influence on what happens to be trending at a specific point in time. Even Millenials and other generations on TikTok end up being influenced by Gen Z humor.

Now there are many different types of humor: slapstick, dark humor, satire and irony, self-deprecating humor, etc. I could go on, but over the years I’ve found that a majority of jokes on the internet and TV to be based on ‘relatable’ humor. This is probably because relatable jokes are very easy to make (there is always someone who can relate), but in my opinion this also makes relatable humor terribly unfunny and unoriginal. How many times can one repackage Jerry Seinfeld’s “What’s the deal with airline food?”

This is where I find Gen Z to stand apart. If I could use only one word to describe Gen Z humor, it would be ‘absurd’. The less a meme makes sense, the more successful it seems to be among my generation. The power of absurd humor lies in the element of surprise: our brain is constantly looking for patterns in our surroundings. So when a joke ends in a completely different way than we expected, it makes us laugh.

Of course, Gen Z did not invent absurdist or surreal humor . The success of absurdist humor, both on the internet and on tv, is largely due to millennials. Many of the platforms for this type of humor, like Youtube and Reddit, as well as the content on these platforms were created by millennials. An excellent example of millennial absurdist humor on television is the Eric Andre Show. A parody of the popular talk shows, host Eric Andre invites over celebrities, but instead of the usual interviews he uses dark comedy and surrealism to shock both the audience and his guests.

However, we can trace absurdism back even further to the Dadaist art movement that originated in Europe shortly after the First World War. Dadaism was quite groundbreaking in many ways, as it rejected modern mass culture of the new capitalist societies that had taken hold around the turn of the century. Challenging pre-existing notions of art and culture, Dada artists sought to portray irrationality and nonsense, and due to the influence of left-wing politics were often critical of the upper middle classes.

Gen Z has managed to take all these elements (whether consciously or not) and perfect them, distilling the essence of absurdism into a video of only a few seconds long, or even a single image. Many TikToks express fear towards soul-crushing 9 to 5 office jobs. That is if they’re not downright advocating for the destruction of capitalism. A lot of these messages are as straightforward as “eat the rich”. However, there are also countless well constructed and multi-layered videos that do not just simply convey thoughtful ideas, but are also incredibly original and well-thought out.

Then again, as highlighted above in my overanalysis of absurd humor, every generation has their form of culture and activism. Gen Z is nothing new in that regard. Nevertheless, I believe it’s still worth mentioning that my generation is more than a bunch of tide-pod eating youngsters that spend hours staring at a light-up screen. They actually have something worthwhile to say. It would be a shame if TikTok was deleted, but I’m sure my peers are clever enough to come up with something new.