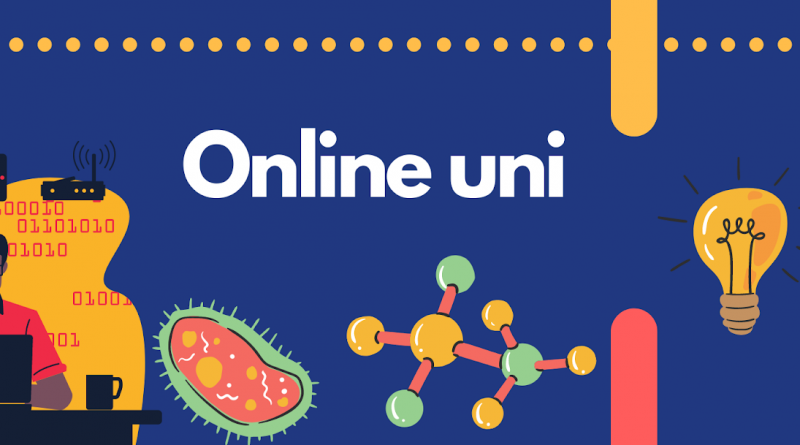 It has now been almost four months since the Netherlands has gone into lockdown. On the 12th of March, the University of Groningen announced that all teaching, exams and large events would be cancelled until the 10th of April. Since then, all possible forms of education have been transferred to an online system. What’s more, the VSNU (the Association of Universities) has put forth a scenario for teaching in the next scholarly year: “On Campus, if we can. Online, because we can”. But online teaching has not gone smoothly all around. How have students experienced these few weeks of online education? And how will this system work in the future?

The UG has eleven faculties, each with their own form of education and thus also their own form of online education. To get an idea of how the different faculties and their students have dealt with this situation, I asked various study associations, and students themselves, some questions. And overall the students are quite positive. Professors, and others employed by the UG, had very little time to change their entire system of teaching, and students sympathize with this. As such, the exams of semester 2A were reasonably well received.

By and large, the interviewed students, who answered anonymously, felt that the online exams they had completed were still ‘fair’ in comparison to previous, in-person exams. In an online environment, students have access to all sorts of information and tools that they usually do not, such as textbooks, notes, lectures, and the worldwide web that has an answer to virtually any question. The planned exams thus had to be reformulated in such a manner that cheating would not be possible, and as such many exams became open-book exams. However, “I think [the exams] have been done in such a way that if you haven’t done the work in the build-up of revision then it would not be possible to pass due to the time constraint.” one student writes. “I actually think they’re more fair than regular exams, because if you have done solid notes then they can’t ask you something random.”

Technical problems that come with online exams can also form a common hurdle for students and professors alike. “One of my housemates at a certain point failed to upload the exam due to technical errors, which is very stressful to have to deal with from home when all the support you get is a phone call.” someone notes. Another student writes that many people cannot find the right online classrooms, if they even show up at all. “There’s some learning to be done on the teaching end on how best to utilize the tech, but that’ll come with time.”

The corona crisis has also had a big impact on study associations, which form an essential part of student life. The Judicial Faculty Association (JFV), one of the biggest associations in Groningen, has had to cancel all planned events for this academic year. Meetings in the office were prohibited too, the board let us know in an interview, as all university buildings were closed down.

That switch from in-person to online was also tough for students of the law faculty. “Of course it’s a bummer for many third-year students that they won’t be able to finish their bachelor by reenacting a real court case as part of a student court.” the board of JFV writes. “On top of that, it was quite a shock for many students to hear that all their exams from block 3 and 4 would be given in the same period, but nevertheless everyone is still pretty positive.”

Despite the pandemic, members of JFV can still count on their association for support. All contact with members and within the board is digital, but through the usage of videos on social media the board tries to create interaction with its members. In addition, JFV is still offering exam training (online of course) and they are visiting students to drop off notebooks for exams, as part of a ‘corona stunt’.

Similarly, students of Chemistry and Chemical Engineering can count on the study association De Chemische Binding, which offers online support sessions for exams, as well as training for hard and soft skills. The board is also working to organize an online workshop on how to use LaTeX, a document preparation system that is commonly used in academia. “Sadly fewer people can join now, because otherwise it becomes too difficult to manage.” Karlijn, secretary of De Chemische Binding, writes. “This way we’re hoping to still offer some support for students.”

The board of Ubbo Emmius, the study association for History, has had to cancel a field trip to Prague and the yearly Historical Congress, among others. Contact with members is managed through programs like Discord and Zoom, exam training will be given only by the study committee, but typical student socializing is still happening too; the association has held ‘Netflix Party’ movie nights, as well as a pub quiz on Zoom.

Besides some expected disappointments here and there, this online semester has gone quite alright. The most common complaint is the lack of personal contact, as well as trouble concentrating and staying motivated. “The general view we’re seeing is that everyone is struggling to motivate themselves to really work on their courses.” Karlijn tells us. One student mentions that it takes them a lot more energy to focus on online classes than normal classes, and they’re missing the motivation and lack of rhythm. “Being in the same home environment makes it difficult to change gears from resting to working. This sometimes causes me to not stay focused.” another writes.
And what about next year? Sadly, no one can look into the future, but there is a chance that a ‘second wave’ might happen, with all its consequences for our education. The ‘On campus, if we can. Online, because we can.’ plan from the VSNU paints a possible picture for the coming year; online lectures with small seminar groups? Or only the essentials in-person? Either way, study associations will be impacted again. “September is always the time to get first-year-students interested in our association, and that will be difficult if introduction camps are cancelled and there are no physical lectures for us to promote ourselves.” writes De Chemische Binding. And JFV recognizes the same issue: “We’re now looking to organize at least the introduction days, mostly digital and with social distancing. […] Although of course we’re really hoping this can all take place in-person again.”