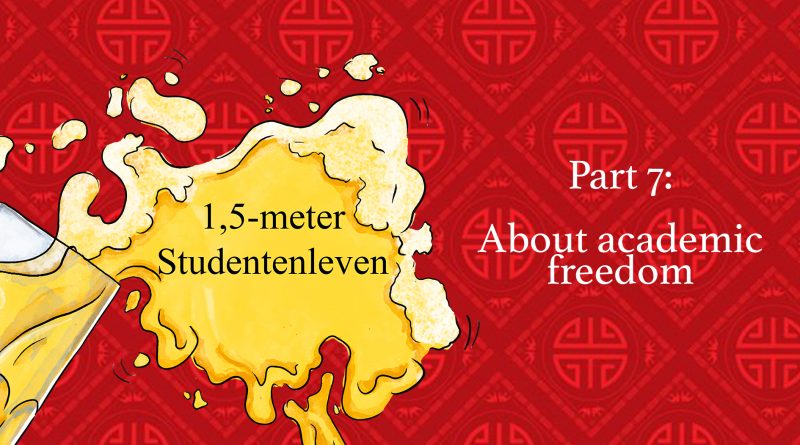 It’s the fourth of June. An important date. It is not only a day for critical reflection on the valuable protests of the past days, but also a day to commemorate another valuable protest. To be more specific: the student protests on Tiananmen Square on the 4th of June 1989. The first mass protest opposing the Communist Party of China, which is still a painful and underexposed part of our history. Because those protests are now even more relevant than ever before.

On the 4th of June 1989, millions of students marched the streets of Beijing, demanding freedom of speech, freedom of assembly in non-communistic parties and the freedom to choose your own job or holiday. Basic rights which we in Groningen often take for granted. That night the protests were ended by the Chinese army, resulting in the deaths of hundreds, if not thousands of students.

I can not state any solid numbers, since the Chinese regime has been censoring any information regarding these protests ever since. The 4th of June museum in Hong Kong had to close as a result of actions by the Chinese authorities. Even the Chinese press is not allowed to discuss it. Other sensitive themes such as the trade of organs of Chinese islamic prisoners (the Uighurs), as well as freedom in Hong Kong or Tibet, are not allowed to be discussed. Even critical notes of western correspondents are brutally censored.

For example, the UG works together with the Confucius Institute. An institute financed by the Chinese government, which is supposed to spread Chinese language and culture all around the globe. It started as an ambitious project at hundreds of universities, but soon universities ended this cooperation, because of espionage, propaganda and recruitment of students for Chinese intelligence services by these institutes. The University of Brussels, the University of Leiden and all universities in Sweden for example. Minister of Education Van Engelshoven said that employees of the Confucius Institutes are not checked by the government, and therefore the government can not guarantee that similar practices happen in The Netherlands.

The censoring in China fully affects you as a student in Groningen, especially if you are considering an exchange to China. This time, I will refrain from making a solid conclusion of the above. That is now up to you. Think critically about the information you receive, even from a university. Use your academic freedom to research and discuss this topic. The freedom the protesters on the 4th of June 1989 were looking for so desperately.