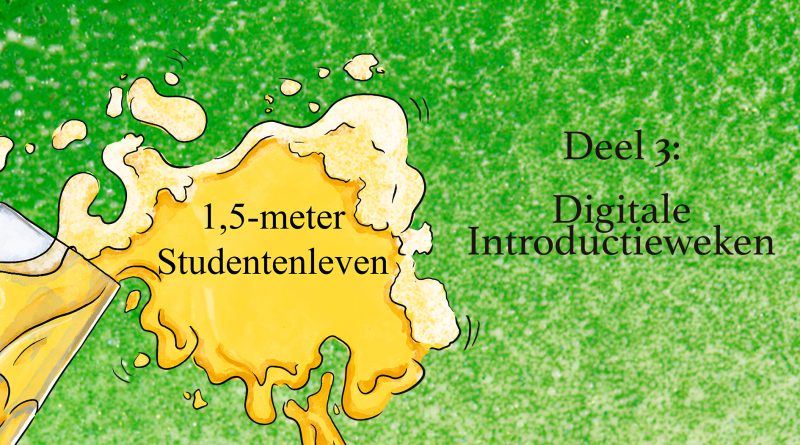 People usually associate the social aspect with binge-drinking, dancing and flirting. However, that’s not the student life, it’s a boring Christmas party at your local tax office. No, even the social aspect of student life takes place at a high level: while drinking beer, students discuss life and challenge the establishment. In times of corona, however, a game of ‘paranoia’ gets a whole different meaning.

To live grand and compelling, that is the ultimate goal. The question remains if new students can do this as well. Most international students start student-life during the ESN Introduction Week. Apart from some exceptions, who only dare to paddle in it due to solely civil reasons.

Anyhow, the ultimate start of student-happiness is under pressure, since the ESN Introduction Week won’t take place this semester. So there will be no throng of merrymakers in Martiniplaza singing Piano Man, or innocent students calling their general practitioner because they think they caught a flu, what later turns out to be their hangover. The first digital ESN Introduction Week will follow!

Within this digital Introduction Week, the student-owned creativity will show (see the previous column). Where the average person only sees problems, a student will see possibilities. In the last week, I have encountered six-foot socials; six-foot Silent Disco’s and six-foot GMA’s! It is up to student organizations to re-invent themselves, to make the first digital Introduction Week a great success.

Eventually, we will go back to a physical Introduction Week. The question remains if this should be in the old form. The KEI-week (for Dutch students) costs more than one tonne a year. The ESN Introduction Week costs around 50.000 euros worth of public funding as well. Dutch students get to know the city in the second week of August, international students in the fourth week. Apart from practical objections, isn’t it ridiculous that one community has two separate moments to discover the city? We all study in one city, let us discover the city together! That’s not only more fun, it also saves a lot of precious public funding. One student community, one Introduction Week.

With this thought experiment, I will leave you for this week. Think positive! In unity, instead of division. There is no difference between Dutch and foreign students. There are only international students.