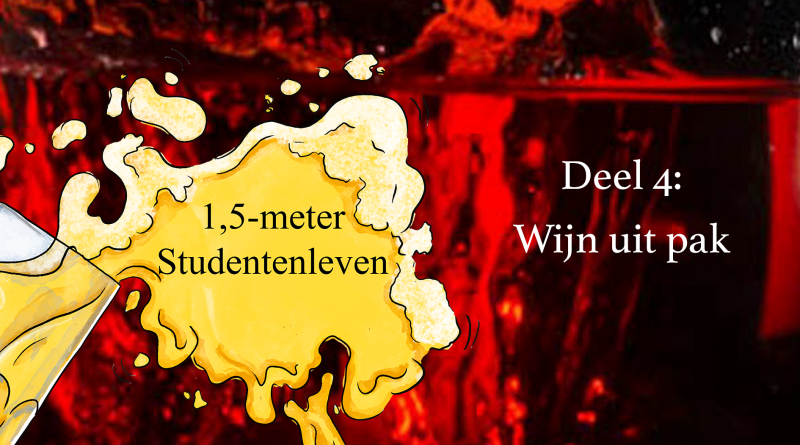 Last night I drank wine from a box. Not the milk carton sized one with cheap imitation sangria, but a solid carton box with a plastic tap containing over three liters of wine. However, I’m still not sure if I’m allowed to call that swill wine. It’s a sterile experience, which doesn’t make student life any better.

Drinking wine from a box has a clinical feel to it. You get the box from the fridge, which has been specifically designed to fit in most standard-sized fridges. Subsequently, you pry out the small tap with gynecological precision. At last, you bend your hand in the most impossible uncomfortable position imaginable to pour some wine from the box. This mess causes me to fill up the glasses a bit more, to delay the next moment I have to do this for as long as possible. Not to mention the appearance of the box itself, looking like the first PowerPoint creation of a hyperactive toddler.

Let us prevent having our student life reduced to a similar sterile experience, by choosing creativity over passivity. Smaller student associations now have the chance to get into the picture. Smaller sports organizations are often well equipped to deal with the six-foot distances, for example when fencing, ping-pong or athletics. Next to that, smaller student associations are rather well prepared for this new era, since they have usually more square feet per student at their bars. However, I still have not figured out how to do a beer relay race with a six-foot distance.