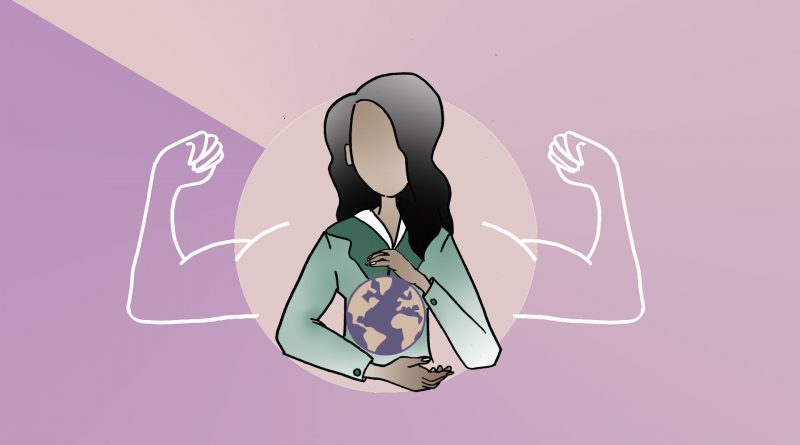 ‘In her new pictures, the blonde can be seen in a see-through top that even shows her nipples!’ Even her nipples, Shownieuws writes about an Instagram post by Gaby Blaaser. As if nipples are some incredibly weird thing. The blonde is known for her sexy posts in which, in the words of Shownieuws, ‘we were able to fully admire her behind.’

Gaby Blaaser is not just known as an actress from GTSTS (a Dutch soap opera) anymore. In the last few years, she has developed herself as a true Instagram icon and has become a role model for many women. She enjoys showing off her beautiful body, which she says to have worked very hard for. And yet, not everyone agrees with the racy pictures and she has been criticized more than once.

‘Jesus, the things these chicks do to become popular’, ‘No self-respect left, yuck’, ‘WTF she’s hit a new low’ and ‘Can I fuck you’. These were just randomly taken from comments left on Instagram posts by Gaby. In an interview with Grazia earlier this year in January, she says she’s fed up with all the criticism. She’s standing up against slut-shaming. “If I had been twenty kilos heavier everyone would have said: ‘Wow, how amazing that she’s brave enough to show off her body.’ But I’m not allowed to do that”, says Gaby.

To not understand such pictures on social media, or to never want to do it yourself, is understandable enough. Not everybody wants to show their butt or breasts to the world in such a way, not everybody is that proud of their body and not everybody is even that active online. But a few things can definitely be said about slut-shaming, about which Gaby wants to make a statement.

Slut-shaming is about labelling a woman as a slut or whore based on her clothes, her make-up or her sexual behaviour (NOS). Some behaviour and appearances can be seen as provocative or as a lack of morals. These so-called slut-shamers then call the woman a whore or a slut to make her feel ashamed of herself. A study done in Flanders showed that almost one in five Flemish girls between the ages of 12 and 18 have at least once been called ‘whore’, ‘slut’, ‘prostitute’ or something to that effect on social media.

In Groningen too these types of situations are familiar. Many students might remember the video made by Milou (a former member of Vindicat), in which she was fighting back against slut-shaming by the guys of her fraternity. Milou is fighting for equal treatment of men and women. When a woman is proud of her body, takes a pretty picture, wears a sexy top at the bar or goes home with a strange guy, she is seen as cheap and labelled a slut. As a woman, you are treated differently for the exact same behaviour. You wouldn’t think that’s very modern.

So when a woman does not behave according to the traditional standards she is a slut. But more than that, guys often slut-shame women to reaffirm their masculinity. They are placing themselves on a pedestal and denigrating the woman. However, the fault does not lie with men alone; women often slut-shame each other because they might be jealous. Comments such as ‘Vulgar! Apparently you need the attention’ and ‘She needs money and attention’ on Gaby’s profile are from women. Don’t we have to support each other?

But the worst of all is social media; a platform for slut-shaming. Comments on Instagram, Twitter and Facebook are much more anonymous, so it’s far easier to label someone as a ‘whore’ or a ‘slut’ from the safety of your computer screen. Take the infamous ‘banga lists’: lists with, for example, a top-10 of the biggest sluts: anonymous and easy, but with a huge effect on the women on that list.

There needs to be more education on these effects, says Ellen Laan, a professor in Sexology. This education specifically needs to address equal treatment for men and women. The idea that ‘men are tough, women are sluts’ is still pervasive to this day. In an interview with NPO3 Laan states that there needs to more attention for this. “In their sexual education, girls are discouraged from discovering their own bodies. Women who are doing this and are openly interested in sex, are still seen as sluts,” says Laan.

As a fourth-year student, I make my daily routes through the streets of Groningen. I’ve been living here for four years and I love it here. Give me a specialty beer or a glass of Sauvignon Blanc at the terrace of De Drie Gezusters, some sun, nachos, and I will be very happy. Next to that, I have a great love for language and writing. This is fully appreciated at the Studentenkrant: I write about all different topics that inspire me. This year, I’m the chairwoman of this wonderful foundation. Together with Jolien, I am making sure we’ll be able to enjoy the Groninger Studentenkrant for a long time!