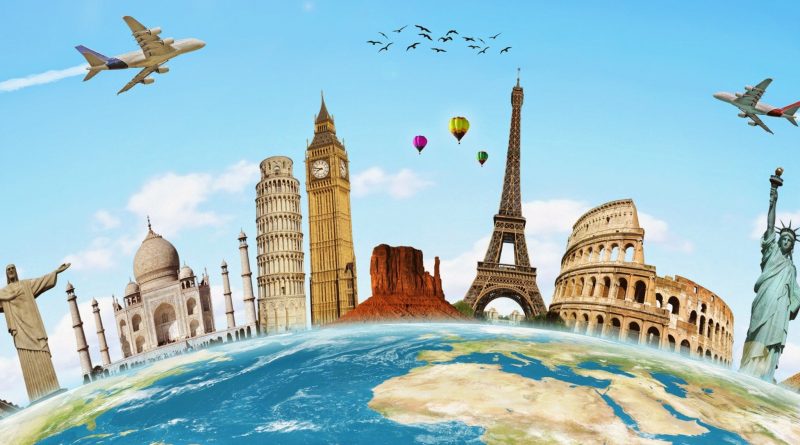 The exam period has passed once again, and most students probably feel the need to just stop studying, book a ticket to some place far away and never return to uni. However, there are two problems with that: Firstly, most don’t have the budget to just flee from exams and responsibilities, and secondly, flying is not really socially acceptable anymore.

The fact that you’re ruining the environment with your trip might cause enough stress to defeat the purpose of the break you’re taking. So, we did some research and found the perfect solution: Flixbus. They offer cheap, environmentally friendly trips throughout the Netherlands and other parts of Europe. From Groningen alone they go to 44 different destinations. We tried some of them out, and chose the 10 best getaways to run from your exams, responsibilities, parents in law or to just to take a quick break and recharge to power through the rest of your year:

Imagine a Disney-like Christmas market, romantic lights and glühwein. Whether you actually like glühwein doesn’t matter, because for just €24,99 you book your Christmassy city trip to romantic Bremen.

You have probably visited Amsterdam by now, but mind you: Amsterdam has so much more to offer than just the Dam and the touristy stuff. Visit the cute cafes in the south of the city, or in the museum neighbourhood. Go to a classical concert and take a walk to look at all of the lights afterwards. Only takes you about 2 hours and €8,00.

Here in Groningen, we are at the most Northern place in the Netherlands that still feels civilised. I know it sounds scary to everyone from the North, but the South of this country actually has a lot to offer. It’s a little less flat, but most of all, Maastricht is a city that makes you feel like you’re in a romantic French village. Especially around Christmas time! It takes a while to get there, but for not even €20,00 it feels like you’re abroad.

You may not believe it, but this tiny country, apart from in the North, South and West, also has some nice cities in the Eastern part. One of these cities is Nijmegen, and it has so much to offer. It has cute little streets and shops, but you can also take a walk by the river Waal. They made a boulevard right next to it and you can look out over the city. It takes you €15,00 and a few hours.

Berlin! Even more cafes than in Groningen, a great nightlife and you can (literally) shop till you drop. Priced at €27,00, it’s a pretty great deal for a weekend away.

Go explore some more of Germany, and visit Düsseldorf for €24,00! It’s very pretty and it’s small enough to see quite a lot of in just two days! It also has good but affordable food, making it student budget-proof.

If you want to go a little more to the South, go explore some of Belgium! We listed its top three. First off: Antwerp at €13,00. This city has a strip with all kinds of beautiful stores, but it also offers a tour through a beer brewery, where you can do a beer tasting at the end of it. Sounds pretty perfect, right?

Second option in Belgium: Brussels! This city has more chocolate than you’ll be able to comprehend. Apart from that you can go on a boat tour of the city, exploring the canals. They take you underneath houses and bridges and offer you a new perspective on the city. To get from Groningen to Brussels will cost you around €17,00.

Third and last from Belgium: Liège. This French speaking Belgian city feels a little bit like Paris, but with the charm of a smaller city. Getting there costs you around €20,00.

And last, but definitely not least, go ahead and spend the weekend in Paris. Visit the city of lights, enjoy all that touristy shit and climb the Eiffel Tower. Kiss whoever you want to kiss on top of the Eiffel Tower or next to the Seine, or, for all you single ladies and gents out there, treat yourself. And don’t forget to get those overpriced macaroons from Laduree. It only takes €33,00 to get there.

I’ve been a part of the Studentenkrant since May 2018 and I was a board member in the year ‘18-’19. Now, no longer a part of the board, I write an article every once in a while. Next to that, I’m enjoying student life.