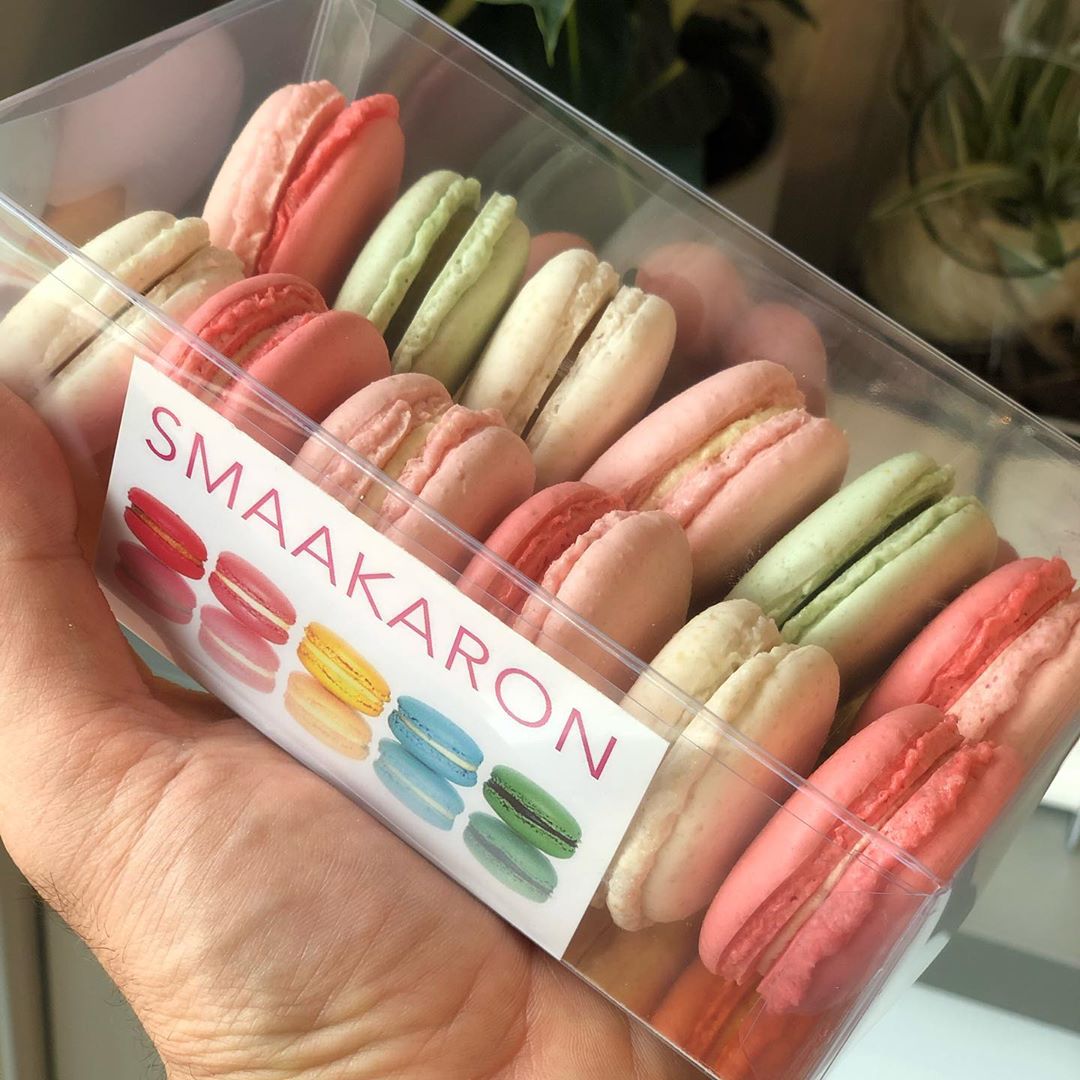 What happens in Paris stays in Paris, must’ve been what Louis-Ernest Ladurée thought, starting the bakery in which the Macaron was founded by his grandson. He couldn’t have been further off: 90 years later the almond cookies are everywhere. There’s pictures of them on everything, and every basic girl that likes Starbucks coffee every now and then will probably happily pay the shocking €2,65 that Ladurée asks for it. I won’t even deny being one of them, so when ‘Smaakaron’ announced opening a store in the city centre of Groningen I obviously wanted to go.

I dragged one of my friends along, and although he was clearly less excited than I was, even he could appreciate the light, airy and super colourful store. The kind owner of the store allowed us to try some of the Macarons they make there. All of them are made by their Brazilian pastry chef, who likes to give a twist to the classical Parisian way of making the Macarons. In 2015, they were chosen as the best Macarons in the Netherlands. So without further ado, here’s what we thought:

I’ve been a part of the Studentenkrant since May 2018 and I was a board member in the year ‘18-’19. Now, no longer a part of the board, I write an article every once in a while. Next to that, I’m enjoying student life.