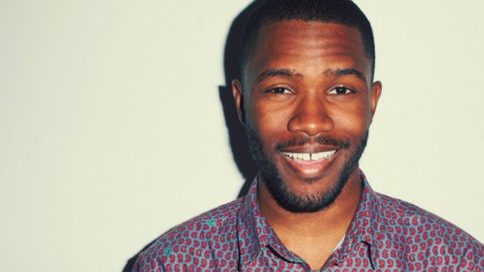 When I was sixteen I had a very strict view on music. Only music made in the sixties, seventies had the qualification to be called universal. There could be no comparison between the Beatles and Kanye West, between the Doors and the Strokes. There was an end to the best music ever made and that was around 1980 when Talking Heads dropped Remain in the Lights. All the shit that was made after that is on another level of music, in the periphery, not in the center of music’s greatness. I especially disliked music from  the 2010’s. All the rap and R&B that people listened to was for me as connected to great music as Heineken is to a good bear.

Around that time I chilled with some people from High school. One of them put on Frank Ocean’s ‘Thinking About You’. I was still smothering in my own judgments about the music they listened to when suddenly the chorus hit. I was mesmerized by it. The high vibrato in which Frank declared his doubts about his first  love affair with a man, was excruciating sexy, and still melancholic.
Could it have been true? Could music still be saved?

It took about one and a half year for me to really accept Frank’s music (and also all kinds of rap and R&B music), when a friend recommended the album Blond. I was still unsure to listen to it. But he insisted. He told me about the song ‘White Ferrari’ where (in his words) Frank used thousand different voices in one outburst.

So I went home and tried it out. I don’t really want to do describe the feeling it gave me. If I’d do that, only superlatives will be used. Let me just say that my opinion about music changed drastically.
There is still universally valid music, Frank was the evidence of it.

But what makes the music of Frank Ocean so great? It can be described in several ways. You can talk about the smart songwriting he’s using on Channel Orange, where he uses all kinds of musical genres while still never retreating from his own, unique vibe. You can talk about his ambiguous and poetic lyrics that paints canvasses full of high violet illustrations of love, lust, heartbreak, low-key vibes, drugs and all kinds of states of mind.

But one of his most important facets as an artist is that he’s relatable. He talks about times all of us had experienced. Teenage years with the strong feelings of adolescence interweaved in it: first love, parties, sex, drugs. His writing is drenched in nostalgia. It’s like looking at Polaroid pictures on the wall. One look at it and it takes you back, straight in the lap of your old mates, desires, love-affairs and holidays. But never is there a look at such a wall without a feeling of nostalgia. Fading memories, thinks you’ve never done. Everyone knows the feeling. In Frank’s words: “That’s a pretty fucking fast year flew by”. True that.

Frank Ocean celebrates in his music childhood and teenage-times, while at the same time mourns about it. And that’s how a lot of people look back on life. Life can be so beautiful it is to be mourned for.

Though his music is very intriguing, his persona might be even more interesting.

Frank Ocean started out as a songwriter. He lived in New Orleans but after Hurricane Katrina destroyed his home, he went to Los Angeles to stay there for six weeks. In LA he wrote music for John Legend, Justin Bieber and others.

But he didn’t want to stay anonymous as an artist and stopped as a songwriter. He met with the rap group Odd Future and they helped him produce his first mix tape: Nostalgia, Ultra. This mix tape put him immediately in the limelights. He collaborated with Jay-Z and Kanye West and when Beyonce heard his music she turned to Jay-Z and said: “Okay, who’s that? I want him on a flight tonight.” So Frank also collaborated with Beyonce.

After that it went fast. With his debut album Channel Orange, he received a Grammy and international acclaim. Before he released this album, he posted an open letter on Tumblr writing about his first sexual experience, which was with a guy. The whole world exploded after that, celebrating the openness and courage of Frank Ocean. But also because of the literary quality that he was showing in his letter. After that he waited four years to drop his second album Blond and the visual album Endless, which also received critical and international claim.

But the funny thing is, he always stayed on the background. He did some interviews, none of them going in depth. Only in one interview the interviewer wanted to go deeper and asked a question about his sexuality. Frank answered that he wanted to share his music, not his personal or sexual life.

For his fans and the people who listen to him, Frank is just that. He’s a creator of music. A mythical creature that only arrives at the right time to melt the world to jelly with his music. He’s an enigma.

Though he reached the same heights as Kanye West and Jay-Z, it seems that he never got fed up in the celebrity life. Because he isn’t outspoken outside of his music, people never got a reason to dislike him (a thing that would’ve happened if you act like Kanye or Jay-Z). That’s also the reason (next to the fact that Frank made great music) that almost all artist are in awe of Frank Ocean.

Now it’s just waiting for the next album.