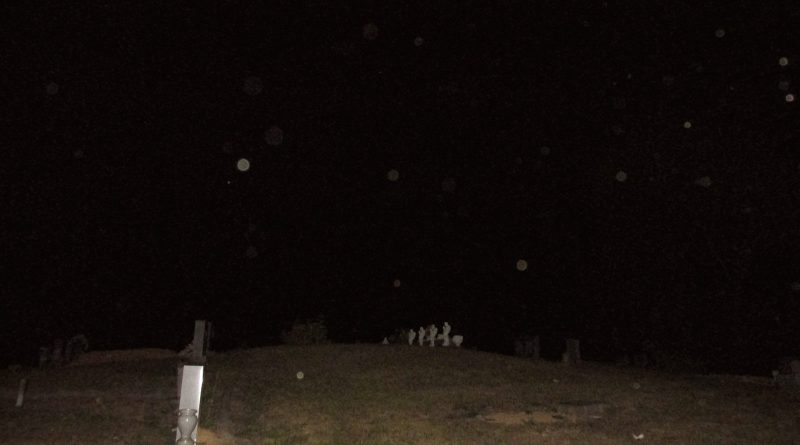 It’s very close to Halloween. Why is it that the dead and creepy spirits are associated with this time of year? The immediate answer is that it is the time when autumn begins to fall more deeply into winter. The cycles of the northern hemisphere come to their point of hibernation, rest, regeneration. It seems that that vitality of summer and spring has withered and died. So, it’s naturally associated with death, as well as with the harvest. These two ideas are connected; the scythe carried by the traditional personification of death is the same that was also used to cut down and harvest wheat.

I think it’s fair to inquire about and examine the cultural practices we have around death at this seasonally appropriate time. It’s an unsettling subject. I feel that our current culture has very poor death practices. It is not something we try to accept or integrate in our daily lives. Instead, it is just a tragedy that can strike us unprepared. That makes it more difficult to accept and understand. Why don’t we hold as many wakes (a vigil next to a person who has died) anymore?

Some cultures treat death in a completely different way. For example, in Japan, practitioners of Shinto routinely give attention and offerings to spirits which have passed on. Ancestral spirits are understood as overseeing the land of their descendants. Shinto funerary rituals are intricate and center on helping the spirit of the deceased understand they have died, while at the same time keeping spaces spiritually cleansed. In Mexico, the famous Dia de la Muertos is about more than candy skulls. Altars are made and decorated for the deceased and offerings of food are left on them for the celebration. This is often done for close family members who have died. Even in Europe, this concept is not so distant or absurd. In Catholicism, the veneration of saints could be considered engagement with the “holy dead”, as their relics (sometimes bodyparts) are kept in sacred places. Images are repeatedly made of the saints, and prayers are addressed to them. Saints were once living, after all.

Our ancestors have had direct effects on who we are and how we live. There is some evidence to point to genetic memory, which is the idea that memories can be inherited. For example, when you train mice to have a strong aversion to a certain smell, their offspring down two generations also have an aversion to the smell. This makes sense, because it means that sudden environmental changes were able to be rapidly adapted to. So, the way your parents and ancestors lived, their circumstances and events experienced in life, could influence who you are on a genetic level.

But what about real ghosts, not just genetic or historical imprints? Well, a large number of people do report believing in the paranormal and having paranormal experiences. I’m sure if you ask around your friends and family, you will get at least one good ghost story out of someone. And the paranormal shows up incessantly in all types of entertainment media. It seems to me like we are a bit obsessed with it. So while there is no widely accepted scientific precedent for the existence of “ghosts” or the spiritual, it is a concept that inhabits our minds collectively and many people take the possibility seriously.

Ghosts can certainly exist in a psychological way. You can carry certain ailments in your mind that, when shown to another culture might be diagnosed as possession. What is actually the tangible, practical difference in whether these ghosts are “real” or not, if they are still able to affect people either way? And what would be the practical difference in addressing that? I would argue both approaches could look similar.

As you’re going about your week, or going to a wicked halloween party, keep an eye out for any shadows over your shoulder. If you think about this too much, you might even find yourself preparing a meal and leaving it at a graveyard out of respect. Or lighting a few candles and saying a prayer for wandering souls. Or looking into your ancestry. And just maybe, as a psychological exercise or otherwise, that’s not such a crazy idea. Maybe it is actually helpful for yourself and fun to try.