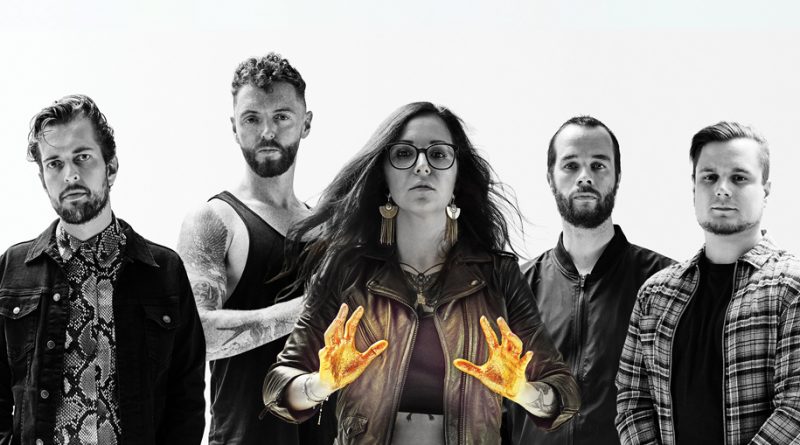 It is a quiet Saturday evening as a small group of people stands waiting outside the Simplon Poppodium, a venue just five minutes from the Grote Markt in Groningen. Dutch metalcore combo For I Am King are playing, and as to be expected, the majority is dressed in black, some even sporting ‘Death Metal’ shirts with a rainbow-colored unicorn.

The beginning of the evening sees Hibakusha take to the stage. Djent-infused riffings meet the group’s appreciation for midtempo slowburners. Nodding along to the chaotic parts, the band mirrors the seemingly judgy audience. Even though the crowd does not do more than cheer enthusiastically between songs, the listeners enjoy the 50-minute-long performance.

Encompassing a mixture between breakdowns in the style of The Dillinger Escape Plan and Deathcore nuances thrown into the heaviest parts, the group definitely has its own sound. A point of criticism is the at times untight drumming, which takes out a portion of what could have been a massive OOMPH. Nevertheless, Hibakusha prove that they are here to stay and not merely another industry plant.

Up next and ready to impress, For I Am King give off a positive attitude all the way around. Frontwoman Alma Alizadeh delivers what appear to be throat-ripping growls and screeches, all while prancing around the stage and wearing a huge grin.

The guitar work, just like on record, is impeccable: thrashing riffs create a furious foundation beneath floating guitar solos that will melt your face off and leave you hungover the next day, wanting to go back. Both guitar players trade off their skills, with the crowd showing its support through the famous jazz hands.

The quintet’s talent for speeding chord progressions and sense for anthemic leads really shines through on Breathe The Fire, a cut that burns with fury and surprising shifts in tempo. Yet, there is an uncanny resemblance to Parkway Drive in the way these songs are created: At their peak, the band bridge the gap between Australian group’s gnarly old work and their more recent tendency towards bold metal.

Armed with a highly motivated group of skilled musicians and a contagiously positive stage presence, it has become clear that For I Am King have earned their place as what should be considered a strong force in modern metalcore, with unrestricted room for them to grow.