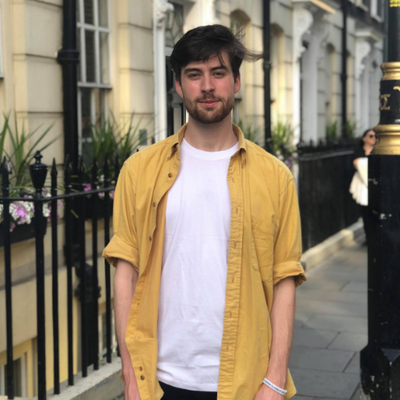 What is it like to feel like you are being judged for who you are? And how can you find the courage to speak up about it? We caught up with local RUG student Danny Rigg on his coming out story, the pressures that make the affair more difficult and the importance of being surrounded by an empowering environment.

Born in Birmingham and having lived in Ireland, Danny speaks to us in a distinct British accent with a small Irish twang, all smiles. When asked about his coming out, the journalism student sighs and refers to the buildup to it as daunting.

“I guess it was pretty much a concern about what anyone else would think. I mean, I spent two years in secondary school denying it. I would say I was quite successful at that.”

One of his main reasons to keep his sexual orientation to himself was his Grandfather’s hope of having grandchildren. “He would always talk about which room in the house he would set aside for my wife when I finally get married one day.”

Although the intent was good, it put pressure on Danny as he felt the urge not to disappoint him, similar to how he would feel about telling his parents.

Growing up in an isolated, rural village on a hill where everyone plays football and the closest friends living around 11 miles away, getting to meet other gay people proved quite difficult, if not even impossible.

“A lot of the images of gay people I knew back then were caricatures of gay personas, mostly based on American television,” which at the time was only a distorted representation of the people he would meet later on.

But, in a turn of events, Danny’s surroundings changed, and with them, his social bubble: during a summer course in Dublin, the then 14-year-old saw people being open about their homosexuality for the first time.

“To see them be confident about it and other people responding in a normal way to it, it made me let my guard down,” he explains while gleefully leaning on his hands “my coming out happened in such a way people assumed I had already been out previously.”

Though the summer course only lasted for two weeks, Danny emphasizes how liberated he felt during that time. His anxiety and urge to hide his personality disappeared, and it was then he felt his proper self.

Yet, even after this period, he found his support through other people on twitter and meet-ups, from where “the snowball effect set in, and I met more groups. The phase after that felt like a honeymoon period.”

Very quickly, Dublin became Danny’s new home base, with all his friends, and a safe harbor for his feelings located there. By meeting people similar to him in the capital, he started to accept his situation more.

Nevertheless, the stigma around homosexuality is still prevalent in society. “People will not take you seriously, or judge you by saying it’s all pretense, or for personal gain, even though there is no reason to do so,” he explains.

In order to foster a positive perspective, Danny reveals, the Twitter group was a necessary escape, “because going back to school set me back to feeling trapped, as if I don’t belong.”

“I would advise anyone to go by what by what you’re feeling, and not by what others expect you to feel or how to act. It seems like there is a certain pressure to conform, but once you find people who accept you, it will become easier.”