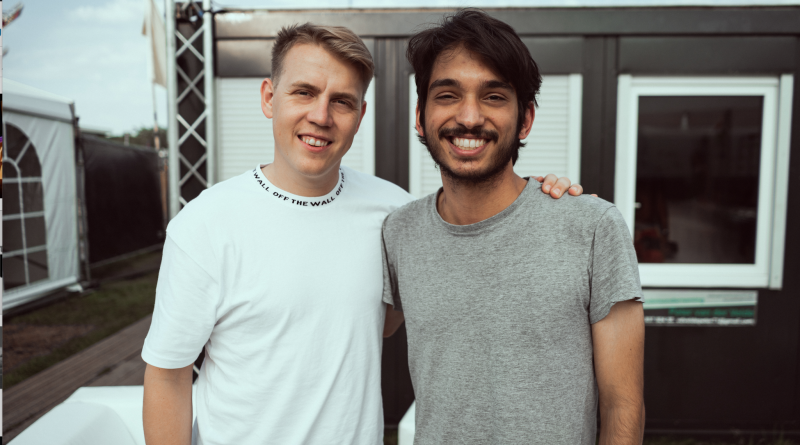 A rising star and DJ artist, Martin Jensen, played for the crowds this August at Groningen’s very own Hullabaloo festival. Alongside other artists such as Robin Schulz, Lost Frequencies and BLØF, the 27 year old Danish DJ and record producer made the crowds go wild on a great summer day.

Born in 1991, Martin Jensen rose to fame with his singles “Si” and “Miracles” in the years of 2014-2015, and has since then been streamed millions of times over Spotify. Within the last few years he has made a regular appearance in DJ Magazine’s Top 100 list, reaching rank 58 in 2018.

I was lucky to receive an opportunity to interview Jensen himself, which I promptly used to ask him about his rise to fame, what he thinks about his music and what advice he would give to university students about a career in DJing.

Hi Martin, thanks for joining me today! How are you enjoying the festival in Groningen?

So far, we’ve been fighting a lot of bees, but otherwise we just got ourselves a Heineken and were allowed to get in to the festival, so we’re enjoying ourselves!

Bees and wasps can be quite annoying at times, especially in the late summer months here in the Netherlands. How do you find the atmosphere here compared to other places that you’ve been?

It’s a little special, mainly because you have so many DJs here in the Netherlands and it’s a bit harder to get the crowd going now and then compared to other countries. However, it’s always nice to try and fight against that, so at least we’re getting a challenge by playing in the Netherlands.

That’s nice! It has probably been quite some time since you first started making music, but I believe that the origin story of an artist is always interesting to hear. What inspired you to start DJing?

I love to entertain people. I always have. Also I love music, so that was a good way to get in. I’m not a world champion on the keyboard or drums, but I do know how to use a computer, so I think DJing was the best way to go.

Many artists draw from their emotions, feelings and memories when making their music. My question is, what does your music mean to you?

It’s a lot of happy vibe music! It’s more like people have to have a smile on their faces and listen to a story when they hear my music. It’s also kind of poppy, with the radio stuff I release, but of course I have a hard side that’s really, really deep and hardcore. Most of the time it’s my lyrics people are interested in and enjoy the most.

A lot must have changed in your life after your released “Si”, but what about you? Do you still feel like the same person you were before or have you grown into someone new?

I think I’m pretty much the same person I was before. Of course I’ve changed the apartment and the cars, all that kind of stuff, but I still like what I’m doing. I’m waking up with a smile every morning because of that. That’s the number one reason why I’m still DJing.

What advice would you give to young university and high school students who want to follow a career in DJing?

Just stay in Holland and one day you’ll succeed because it seems everyone is a DJ in Holland apparently – No, no. I really think that you have to stick out a little bit. You don’t necessarily have to go out and be Marshmello and put a mask on it, you can also do your own number one, Martin Garrix, and be a down-to-earth and sweet guy. Just find your own place and grow from there, but also have a lot of contacts!

I personally think that’s a very cool way of having students pursue what they want to do and fulfill in their lives! You’ve done a lot of collaborations over the years, for example with the Danish singer Bjørnskov for your 2016 hit “Miracles”. in your opinion, how important is working together in the music industry?